TIme has flown since our last blog post. Well, another milestone: Asa is five years old!

He had a lot of specific ideas for his birthday, and we honored as many as we could. First of all, he wanted just a family party, which is frankly easier given the Covid restrictions. But even before that, Asa wanted breakfast in bed – french toast and bacon – and he got it. 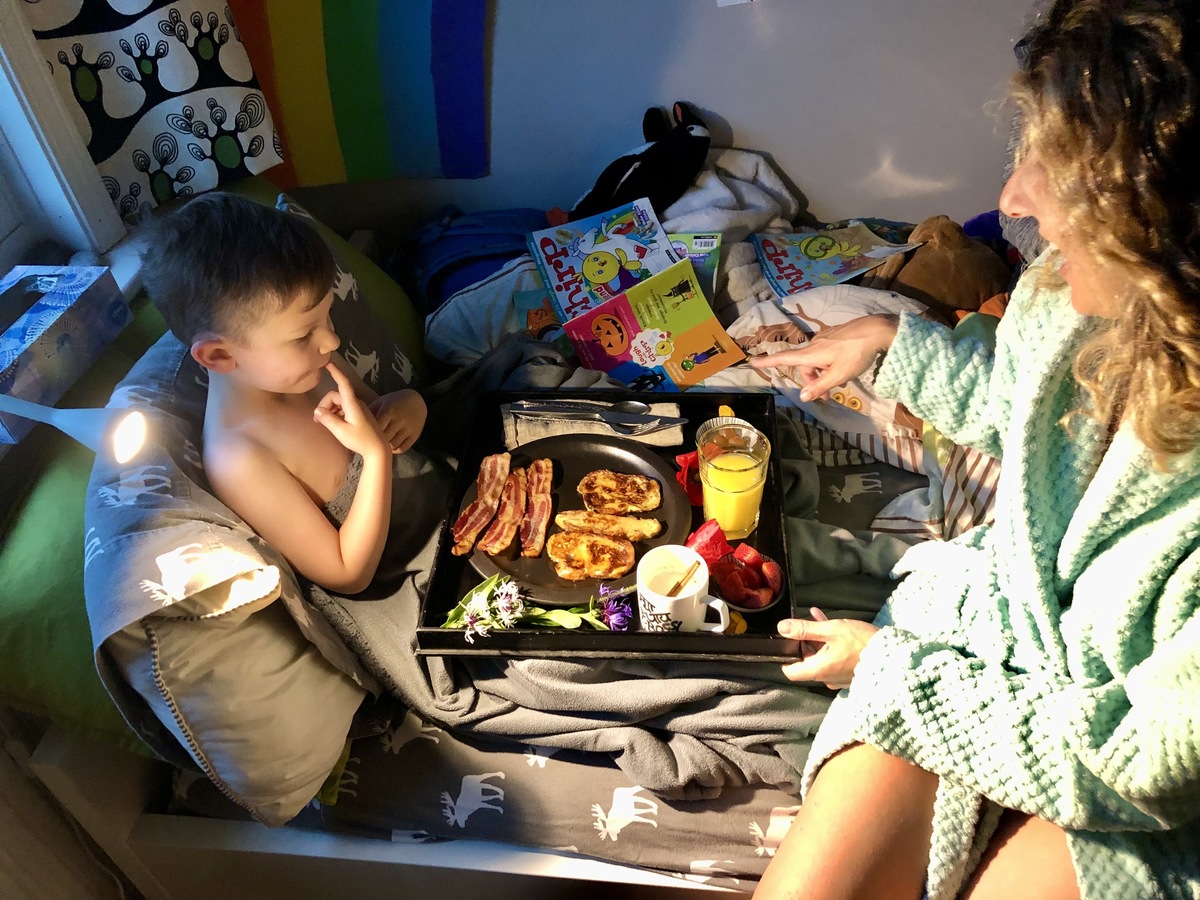 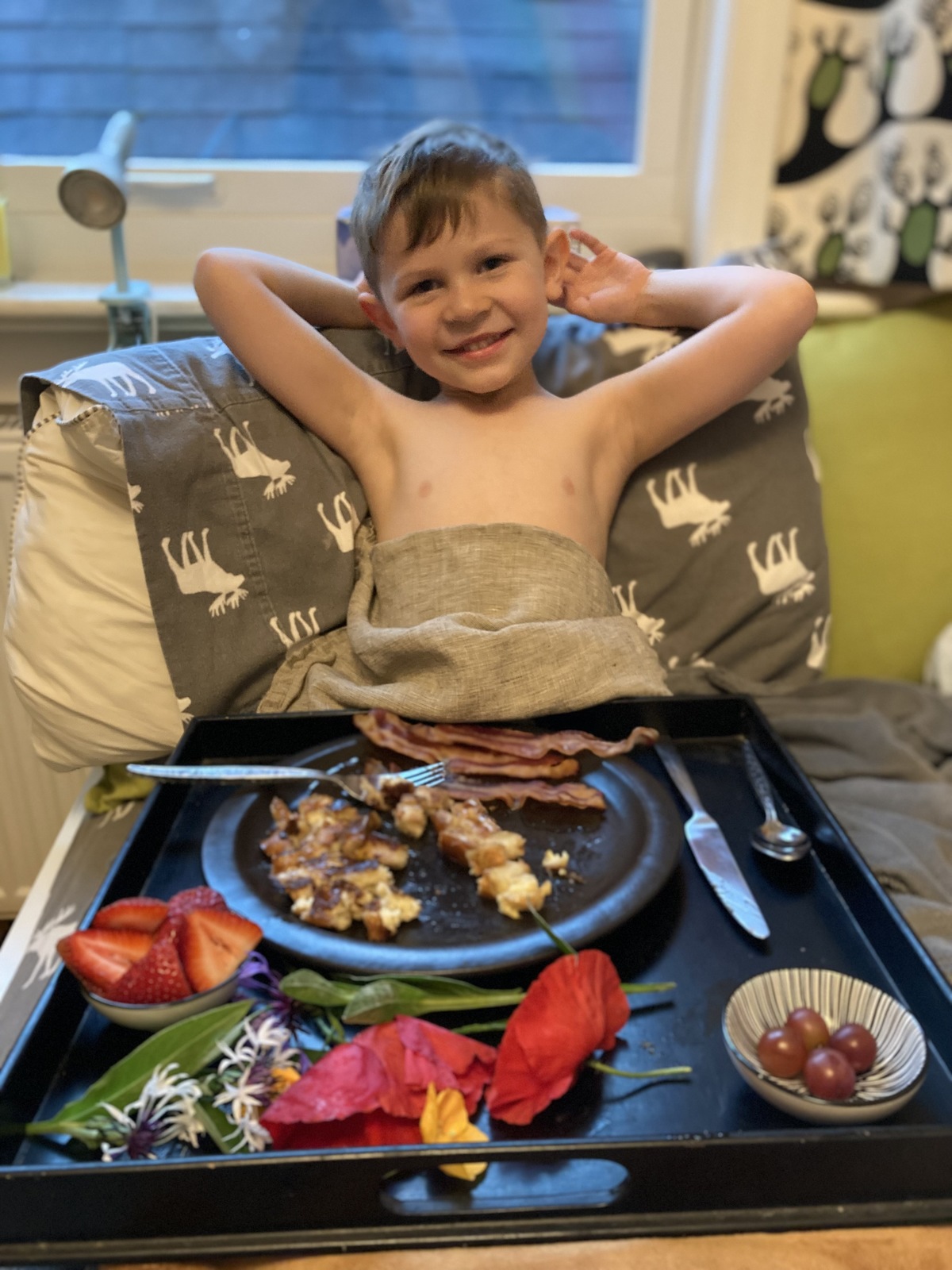 Next was a few presents. We are big into unicorns these days, and Obie and Emmet both gave Asa unicorn-themed presents. 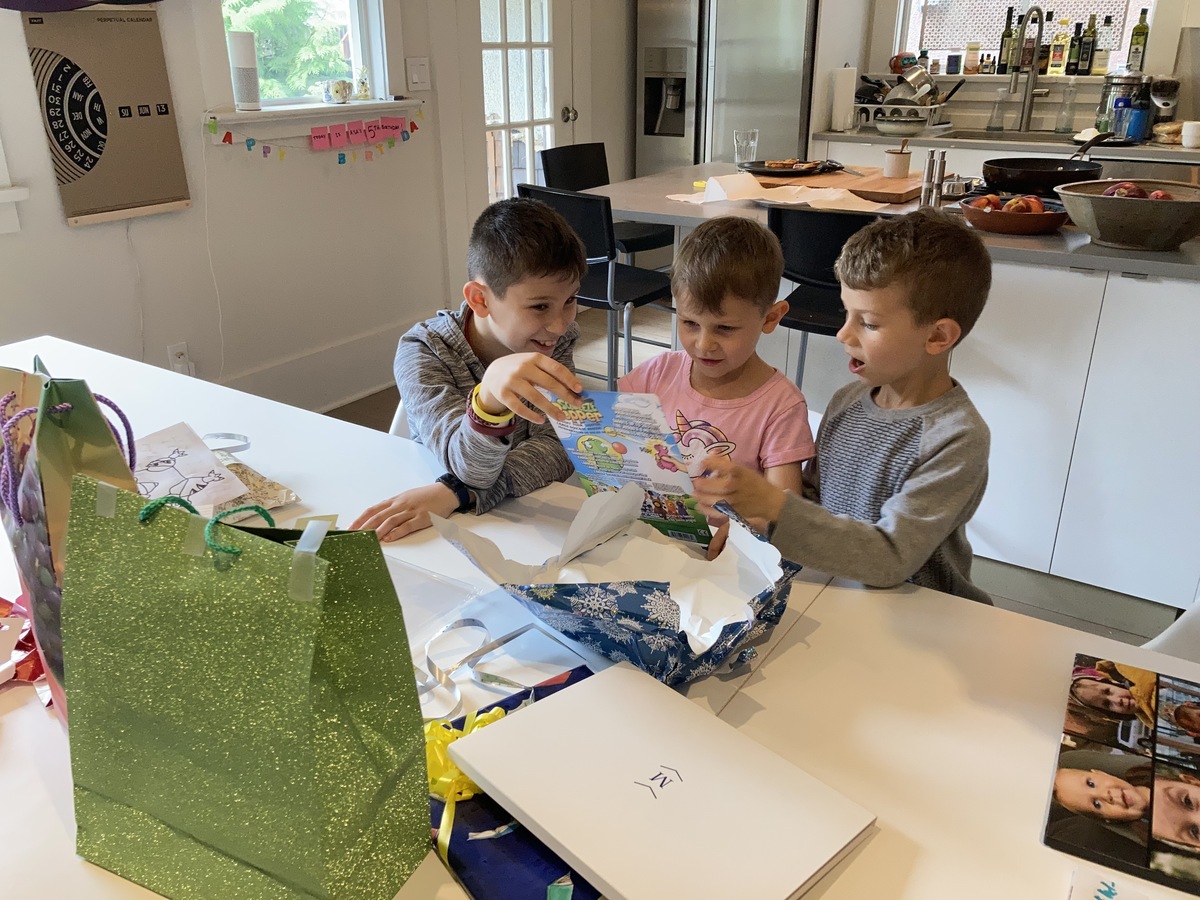 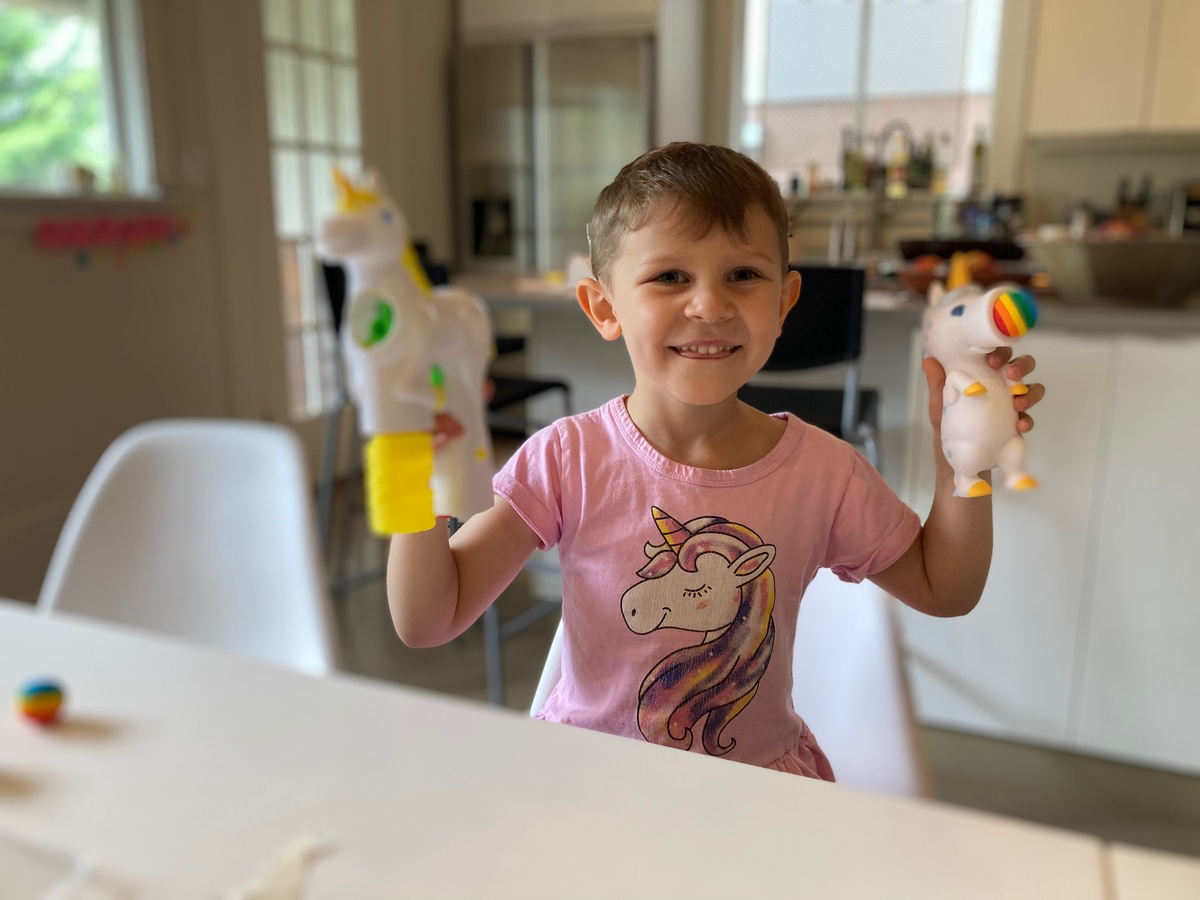 We had a fun day of tromping around in the rain and playing Kirby (Nintendo game). We visited a friend's house where they were sitting shiva (Jewish week of mourning) for a grandparent who had passed away. Not exactly fun, but sort of fitting for Asa's birthday given his shared birthday with Grandpa John, who was remembered by all of us today.

Then dinner with Howard and Linda – Asa had requested sushi. We surprised him with a sushi place where the food is delivered by table-side bullet trains! 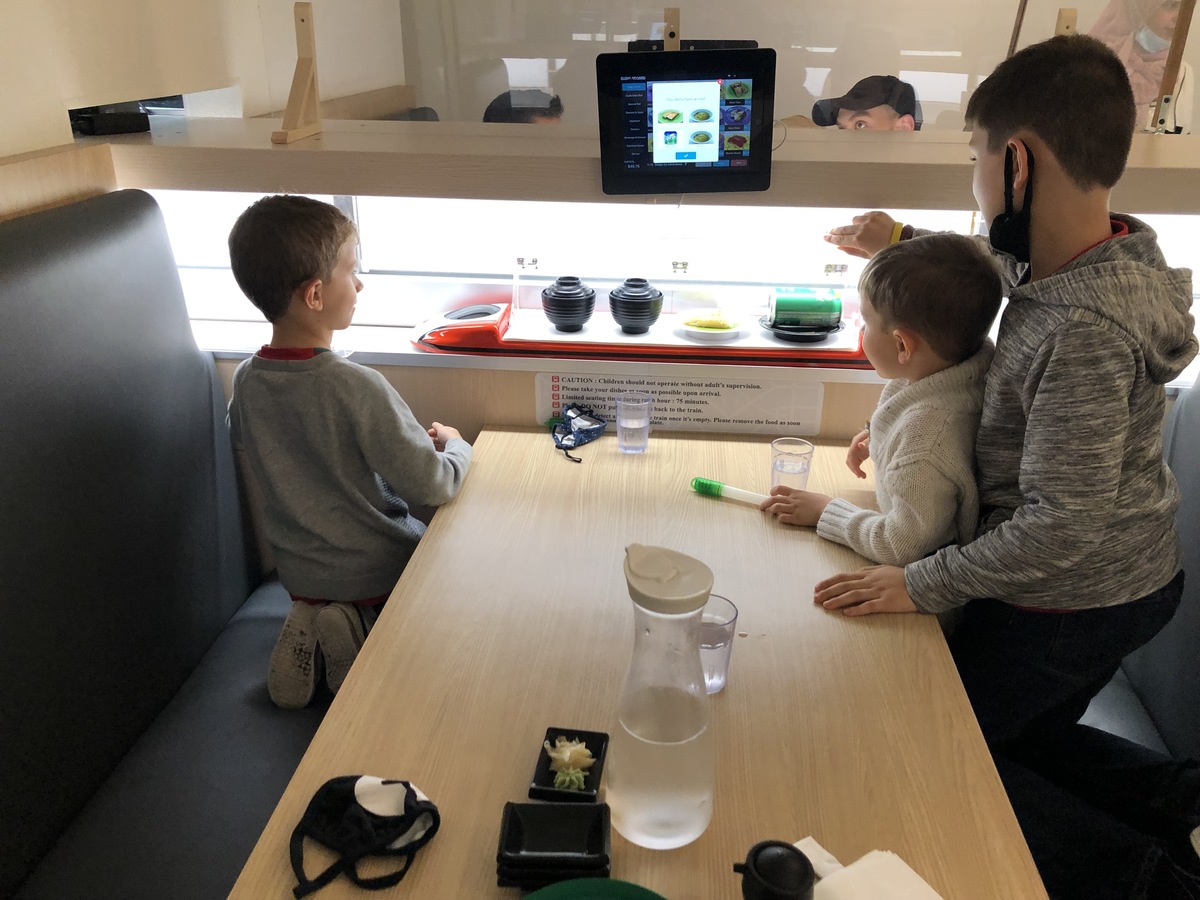 Then back to the house to fulfill another Asa request. He had been very specific about wanting "mango cake with sprinkles on it." Not your typical Whole Foods cake! We did find one, but the silver sprinkles we put on it melted and the colors bled so it ended up looking sort of tiger striped. It was a big hit though! 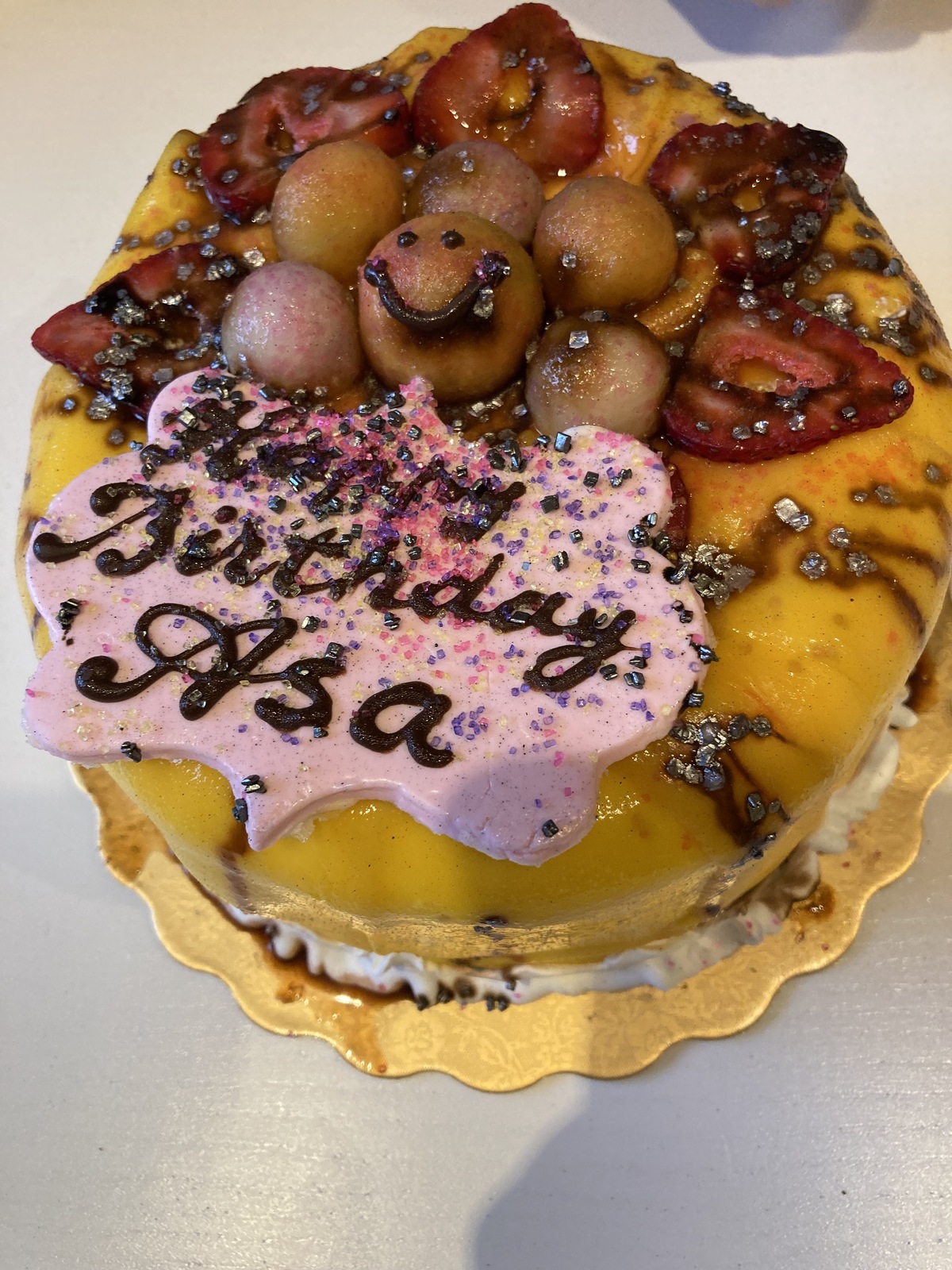 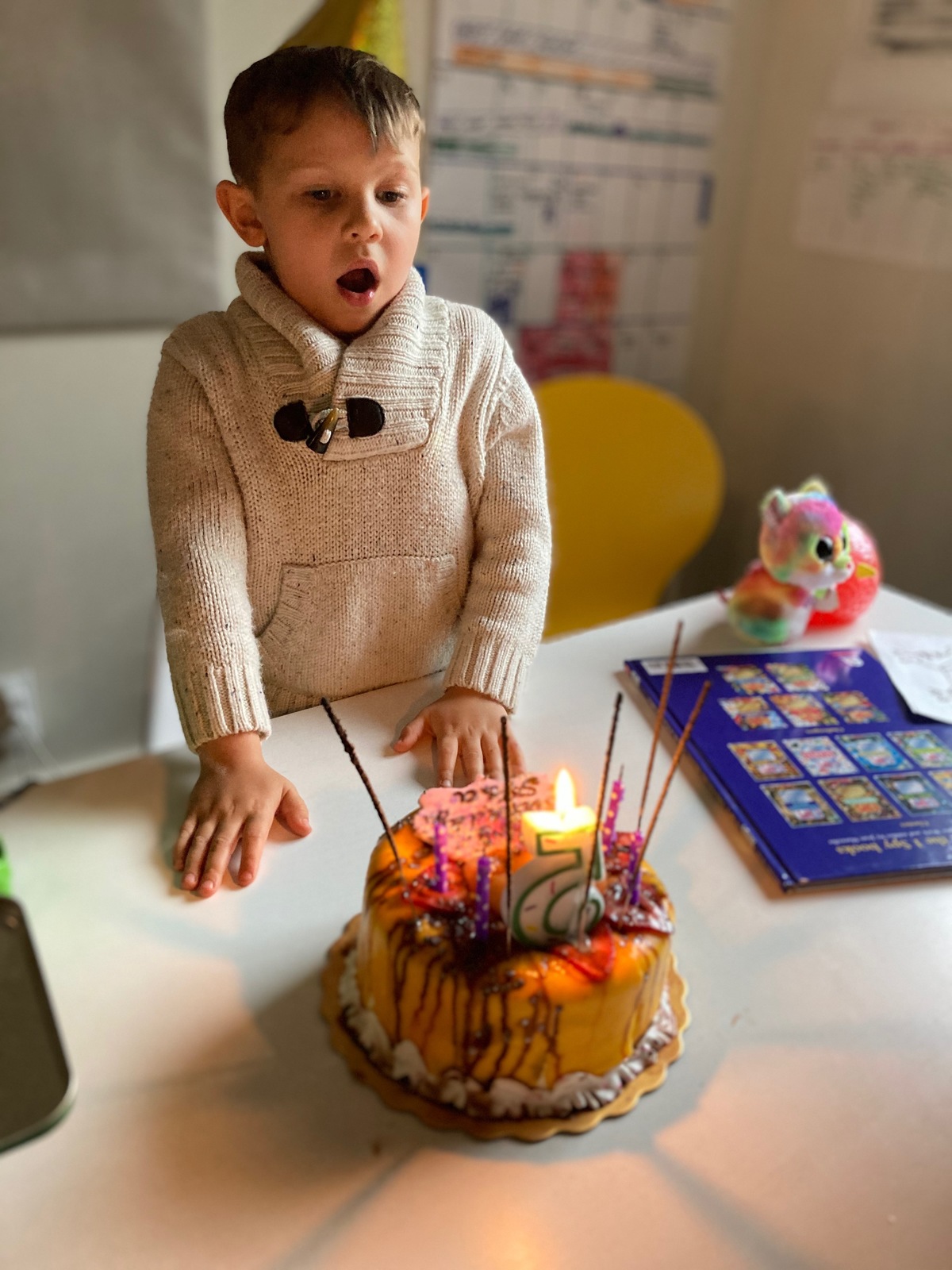 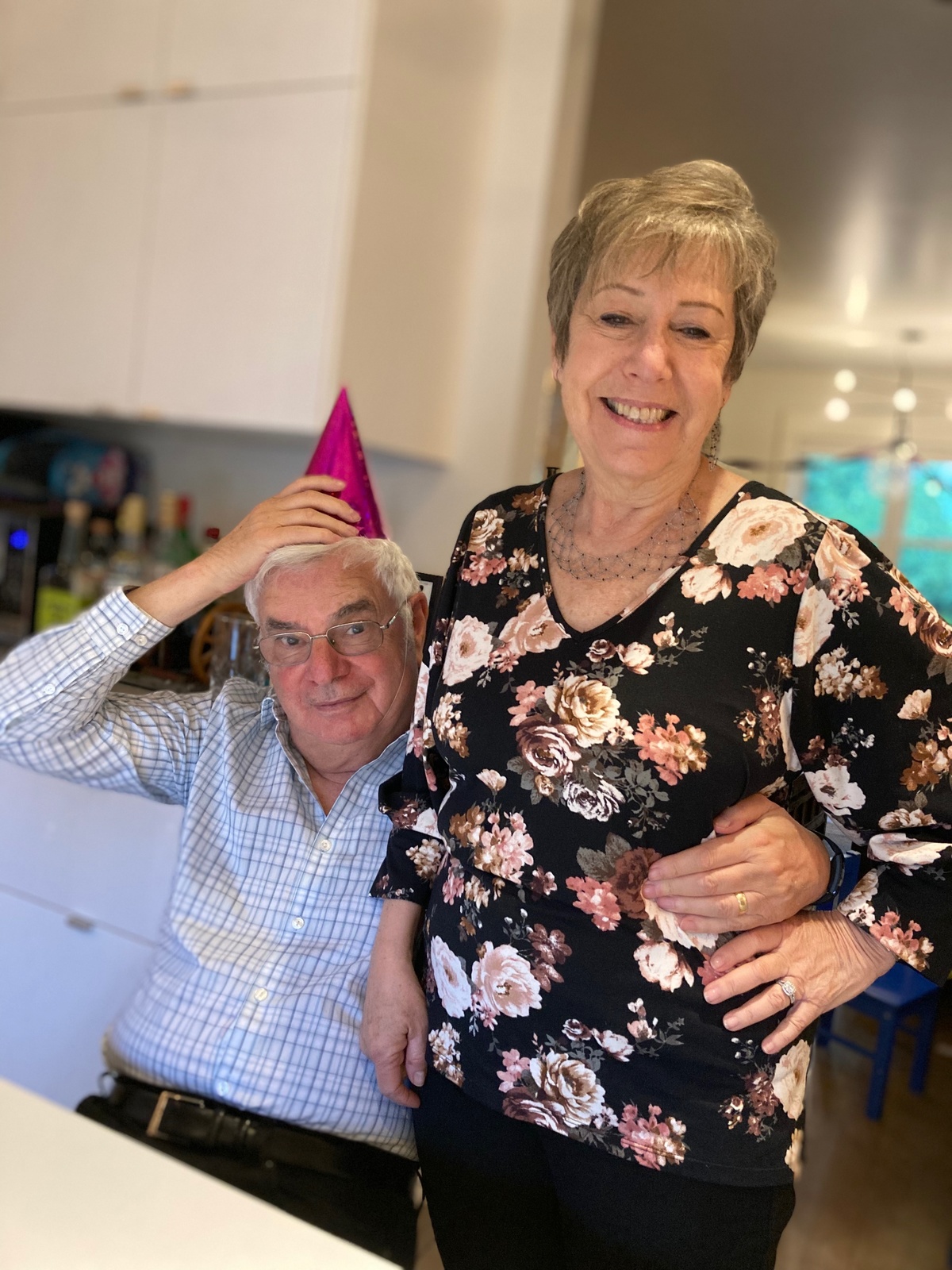 Five years old. Kindergarten in the fall. No preschoolers soon, no kids in daycare for the first time since....2011!!! It definitely feels like a new family phase.

Asa is a big ham at home, joking and making his brothers laugh. He loves to jump off the couch in his brothers' room, spinning and shrieking. The three of them are deep into Pokemon, and Asa has reams of esoteric knowledge around different creatures and their particularities and statistics.

He loves books, can read many small words already, and requests me to provide him with six books every night when I leave his room. He loves his unicorn dress, his many stuffies, and his best friends Zoe and Sophia at daycare. At home, he is learning chess from Emmet and can almost outrun both his brothers with a soccer ball. These days he can be reticent in big groups, and feels shy when he is in new places or social gatherings, though he warms up after a while.

He is a close observer when it comes to conversational dynamics with family and friends, and is quick to make lateral connections and jokes. He's a natural night owl, with energy long into the evening. We hear industrious play noises from his room long after his brothers' lights have gone out. At the dinner table, I am often impressed by Asa's sophisticated language and his maturity in engaging with his brothers – he views them as peers and they treat him like one.

But despite all this maturity, I can still wrap him up in a towel after a bath and carry him back to his bed like a burrito. Enjoying it while it lasts. I love you Asa and can't wait to see what 5 will bring for you!

The family discovered the Wombo app which turns any picture into a lip-syncing video:

Asa had photo day at daycare...but he was feeling a bit shy that day and wouldn't look at the camera. Oh well...better luck next year!! 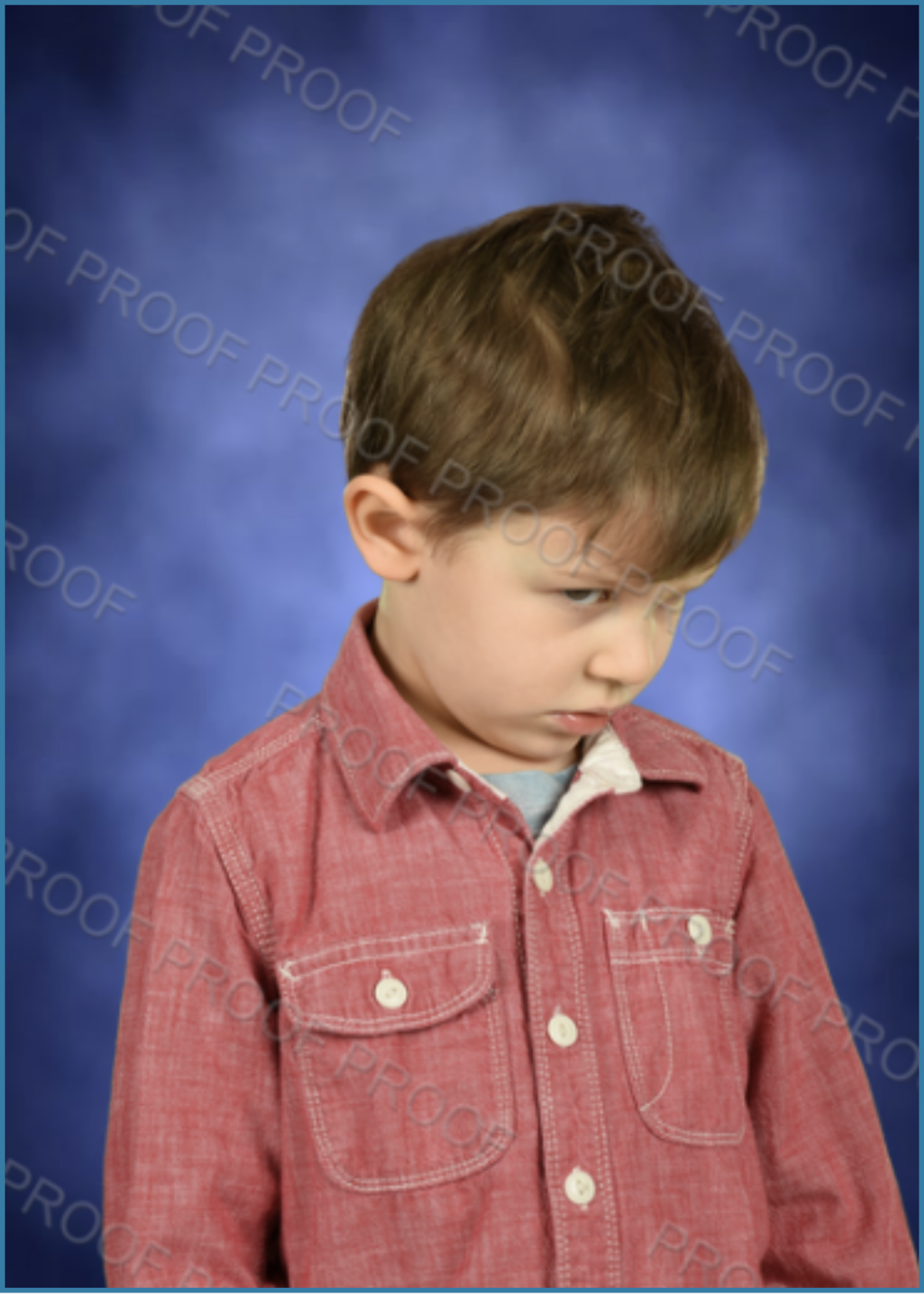 We had lots of ski days and early spring outdoors time. Asa did his first chairlift, and the boys all did ski lessons. That is actually Emmet and Obie under all those layers! 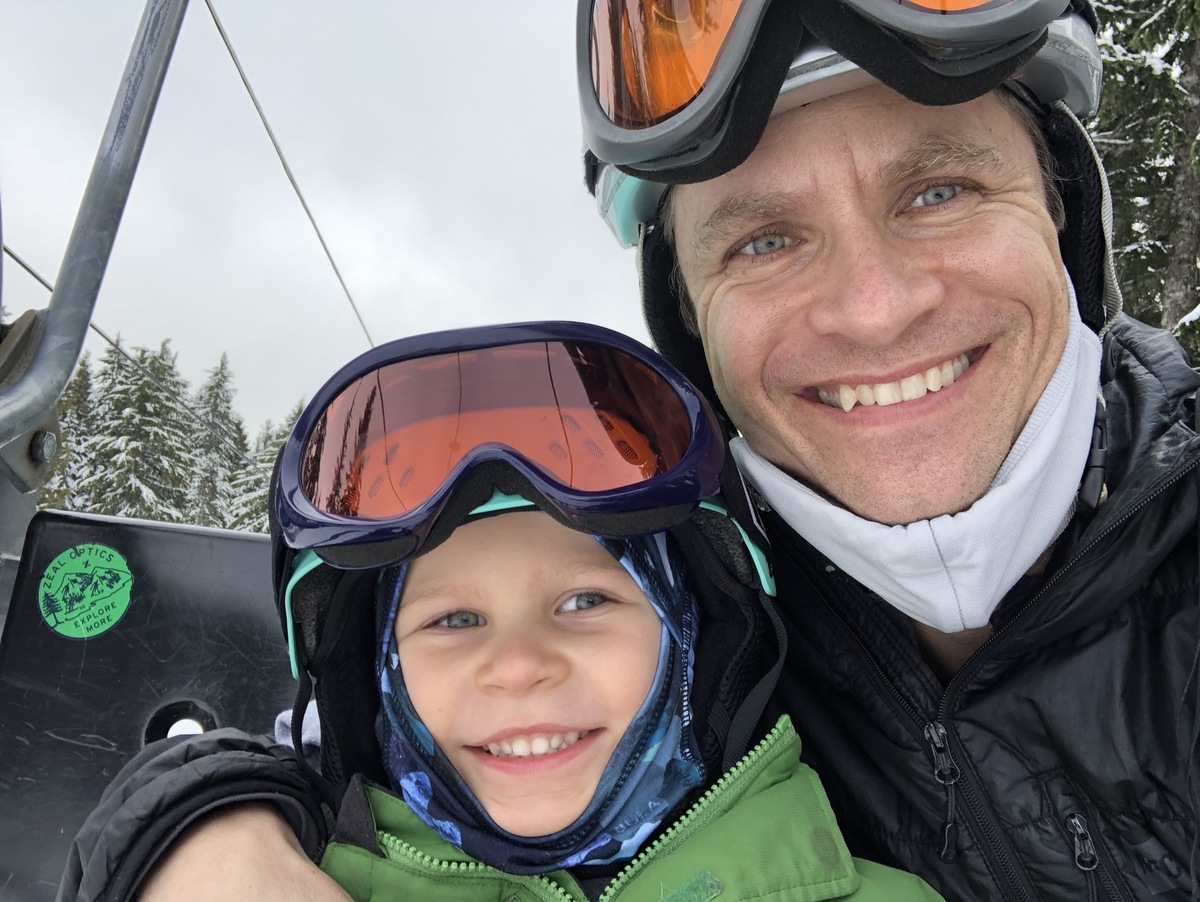 And Howard and Linda finally made it through their vaccinations and quarantines just in time for us to have Passover together: 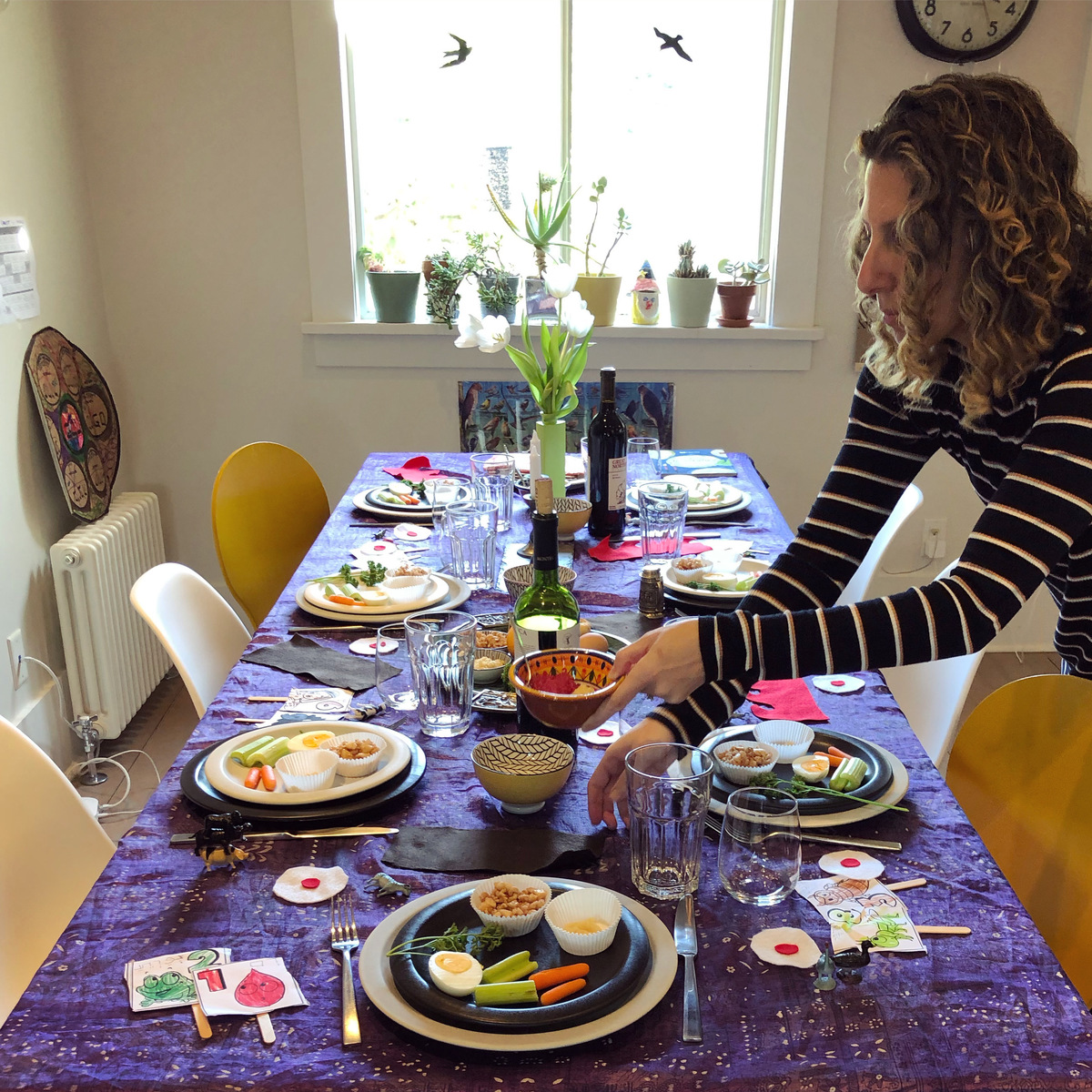 Everyone is looking forward to better weather, Covid numbers going down, vaccinations going up, and border restrictions going away. Here's hoping sometime soon!

Well, having your birthday during a pandemic is not the greatest. But I think we made the best of it – Emmet had a pretty terrific 7th birthday.

Skiing, presents, a dancing hamster birthday card, a piano lesson, more presents, cake, a movie with his brothers (Alvin and The Chipmunks 3: Chipwrecked!), a visit from a friend, and even a toy store shopping spree!

Happy birthday to our own sweet, creative, independent, growing  Emmet! 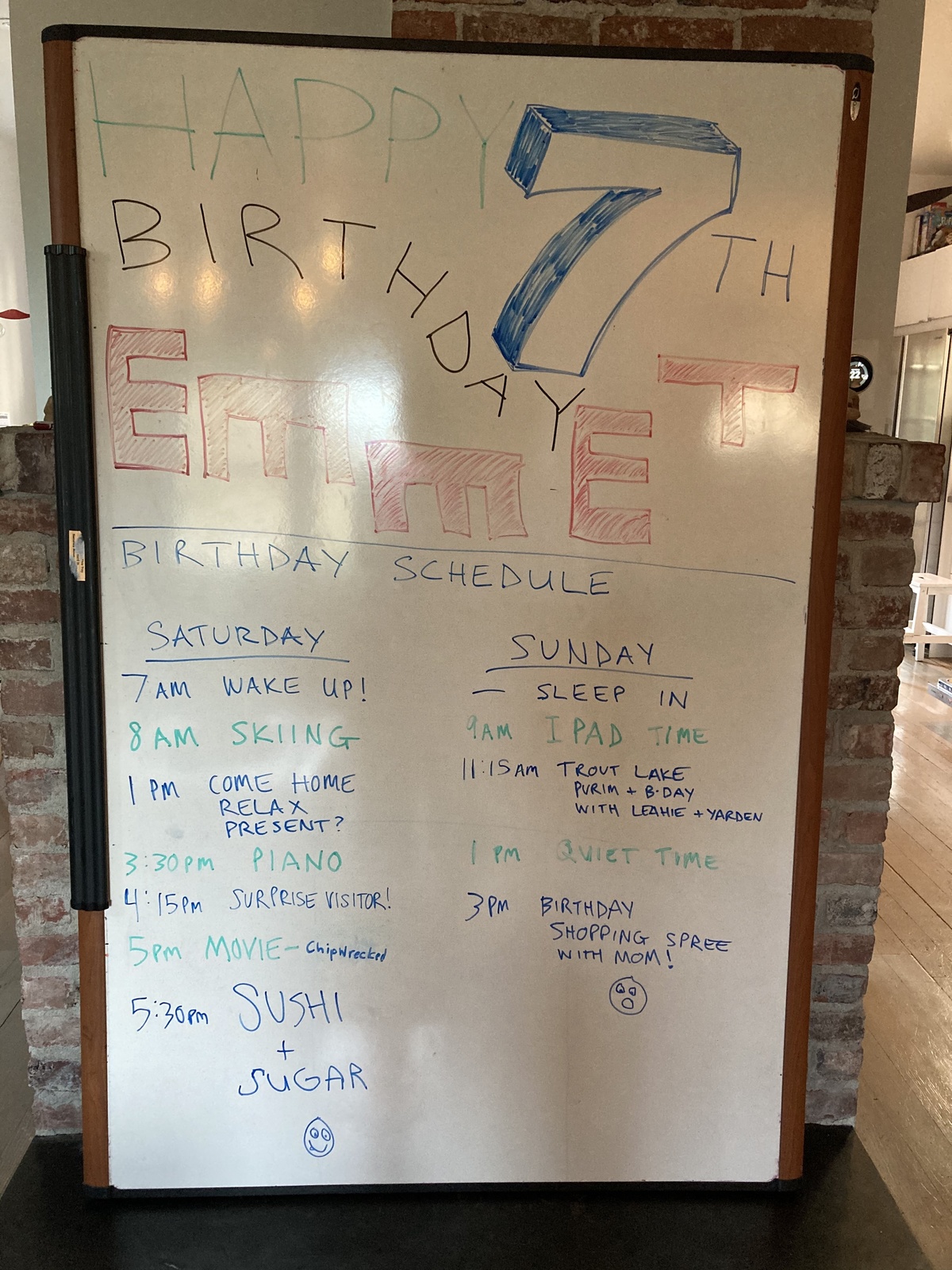 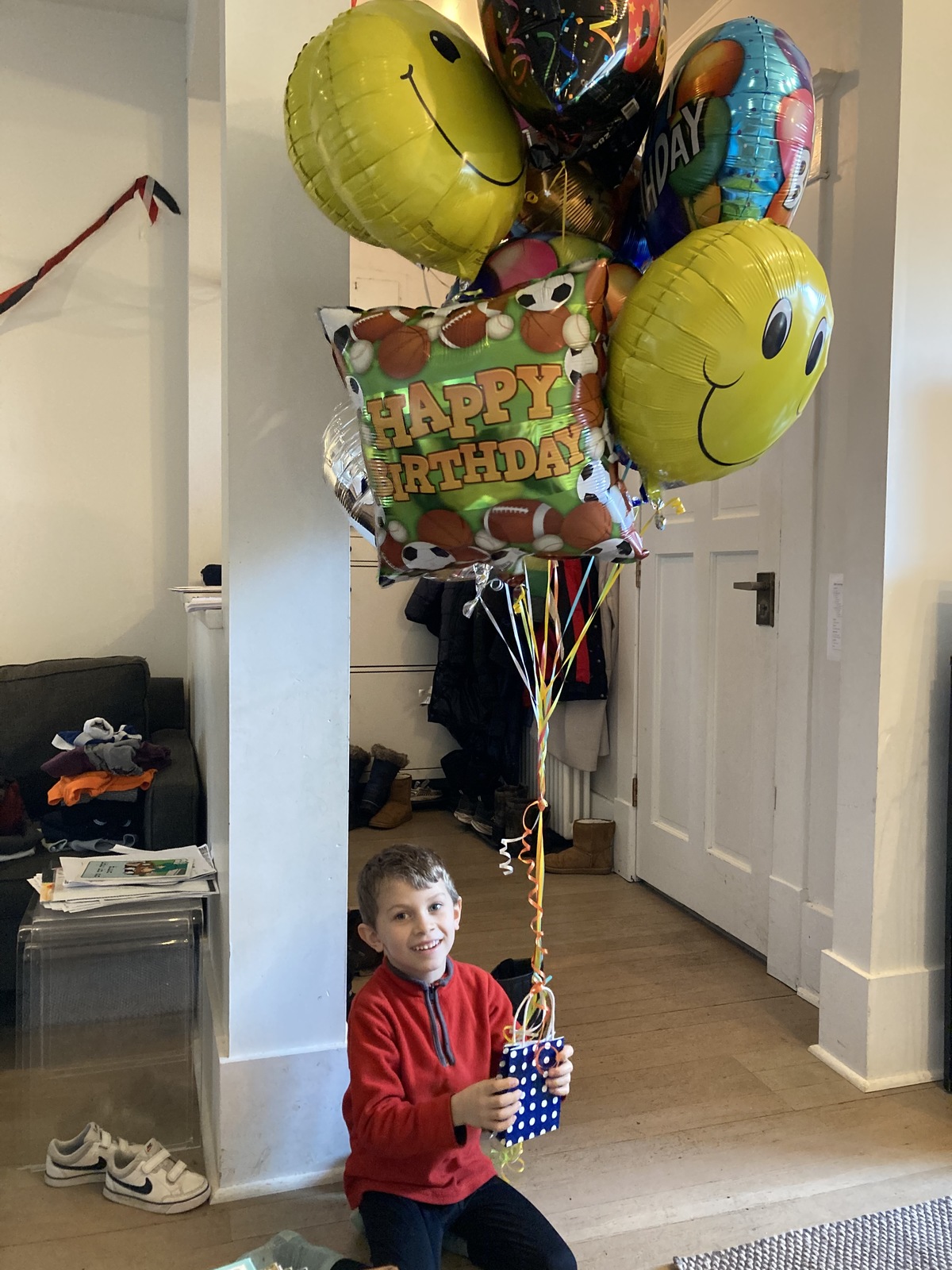 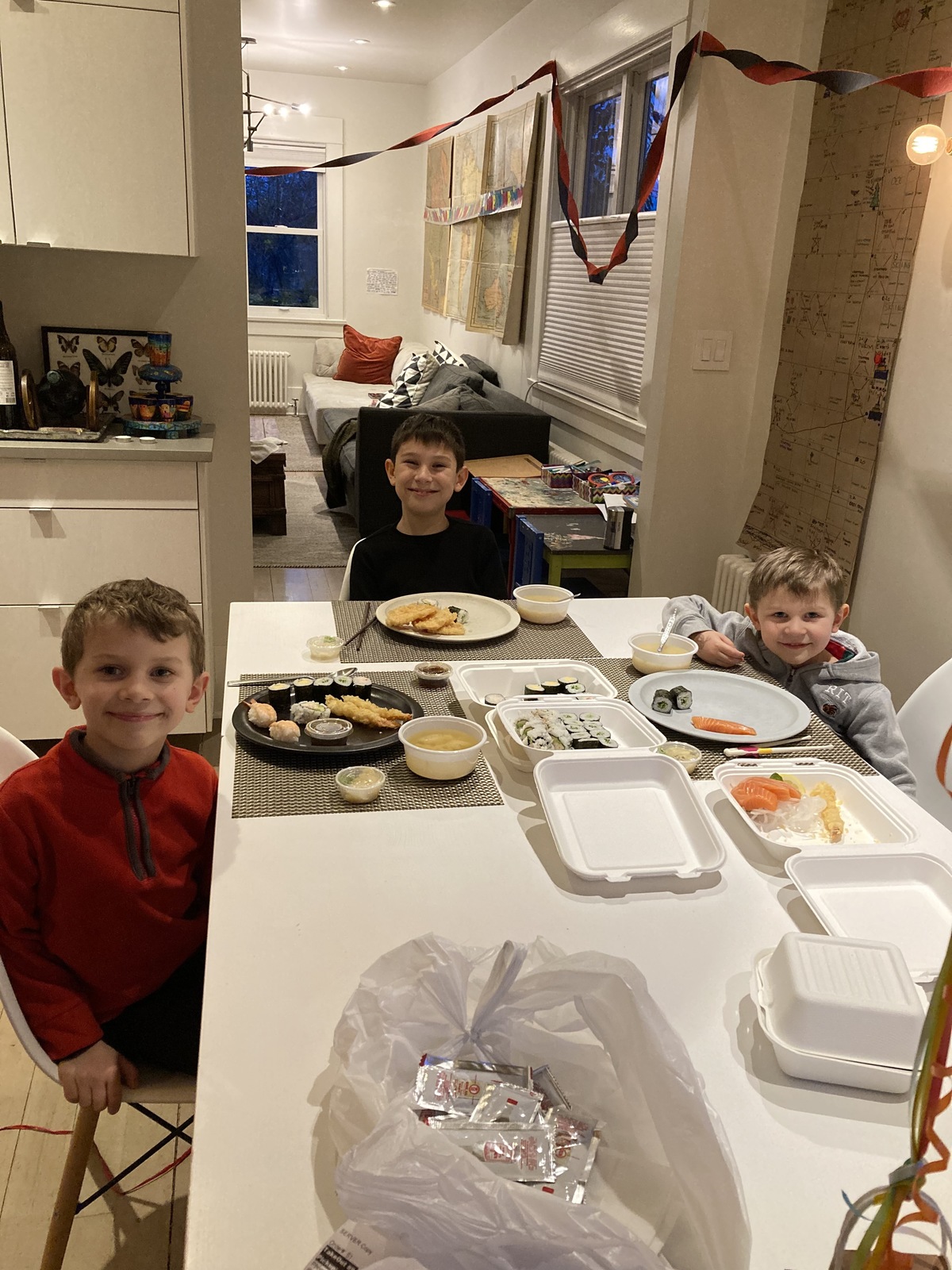 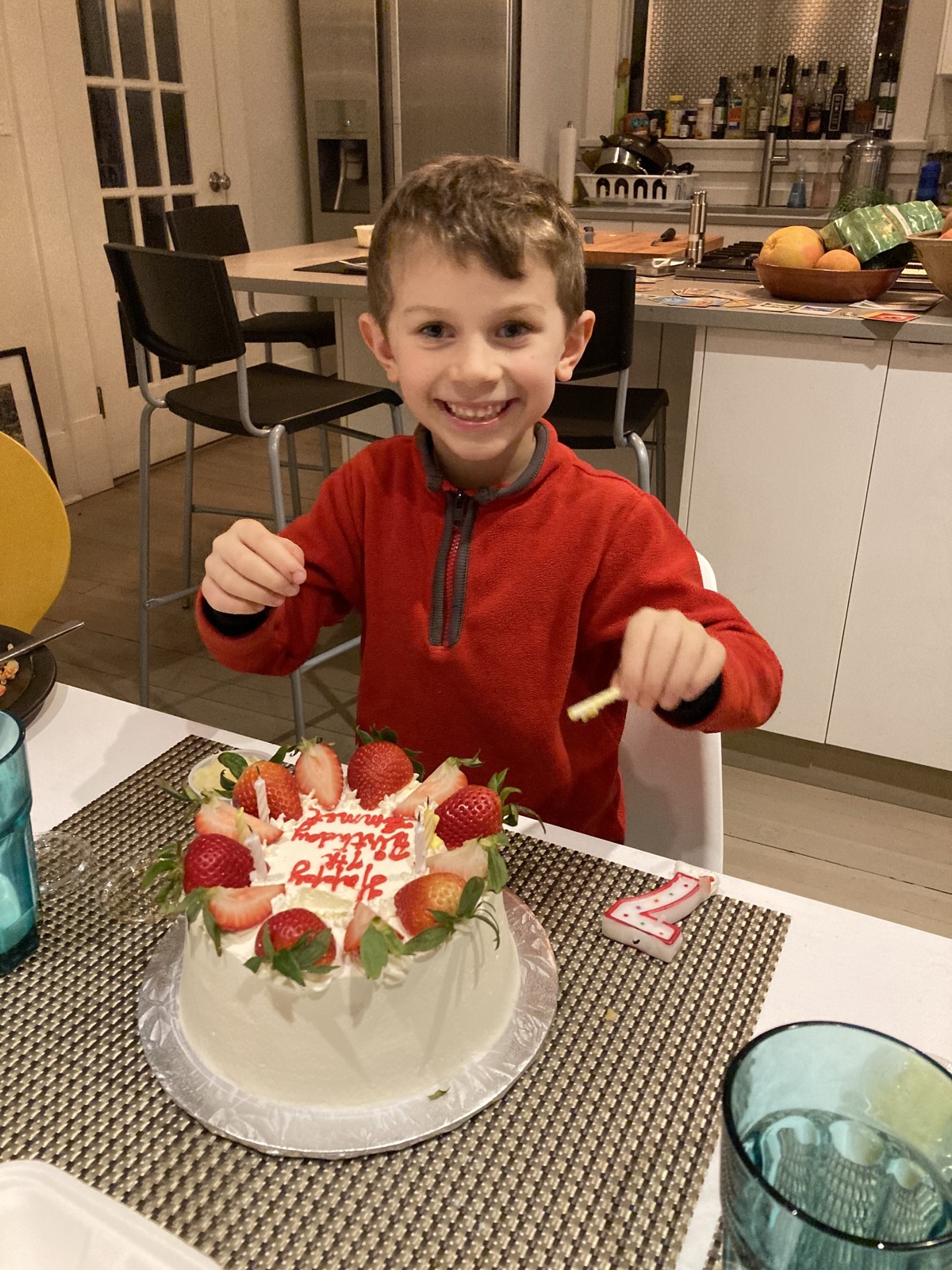 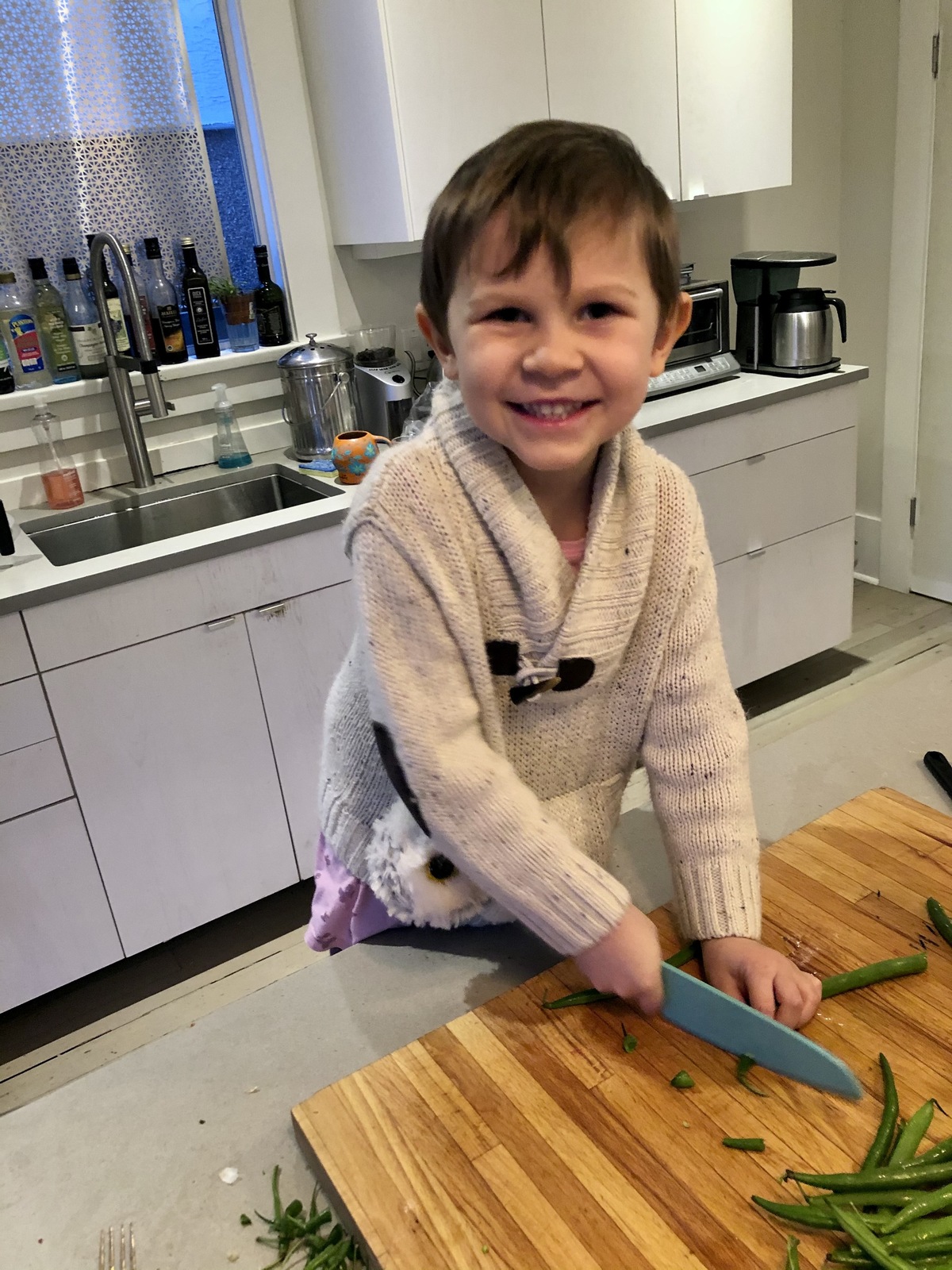 We haven’t posted anything for a while, but here’s a quick pic from today. Asa helped me make green beans and cauliflower, cook salmon, and make oatmeal cookies! 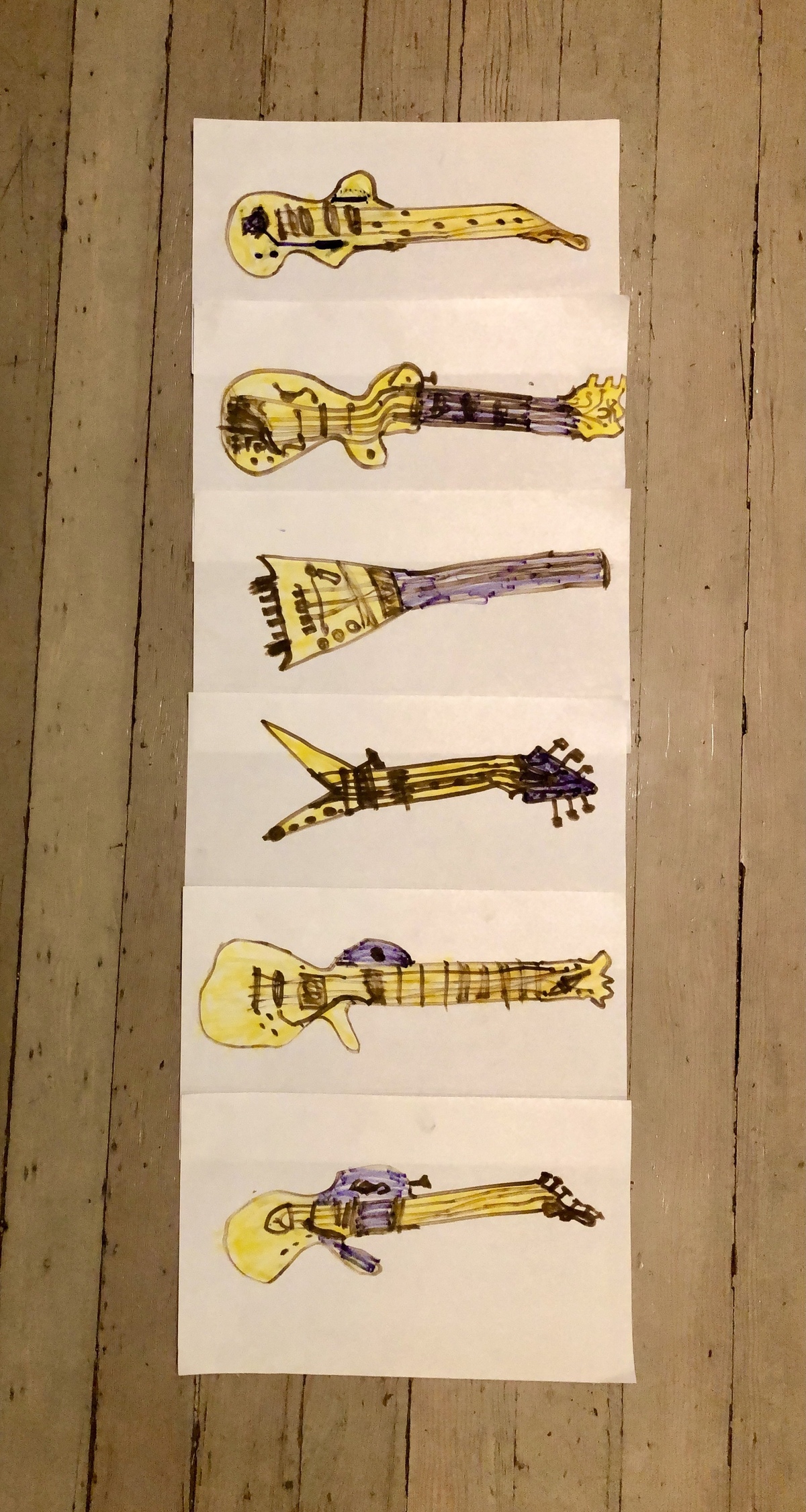