To me {Emmet}, I think the trip idea is amazing! I’m so excited, I have never gone to Southeast Asia or Italy! I am most excited to go to Sicily and Sardinia, Chiang Mai, Bangkok, Hoi An… I’m so excited for our whole trip. So far we have been to Boston, Massachusetts, Rochester, New York, New York City, New York {which we are in right now}, and then Chiang Mai!

Every day we write in our journals about our days. Here is the front of mine. 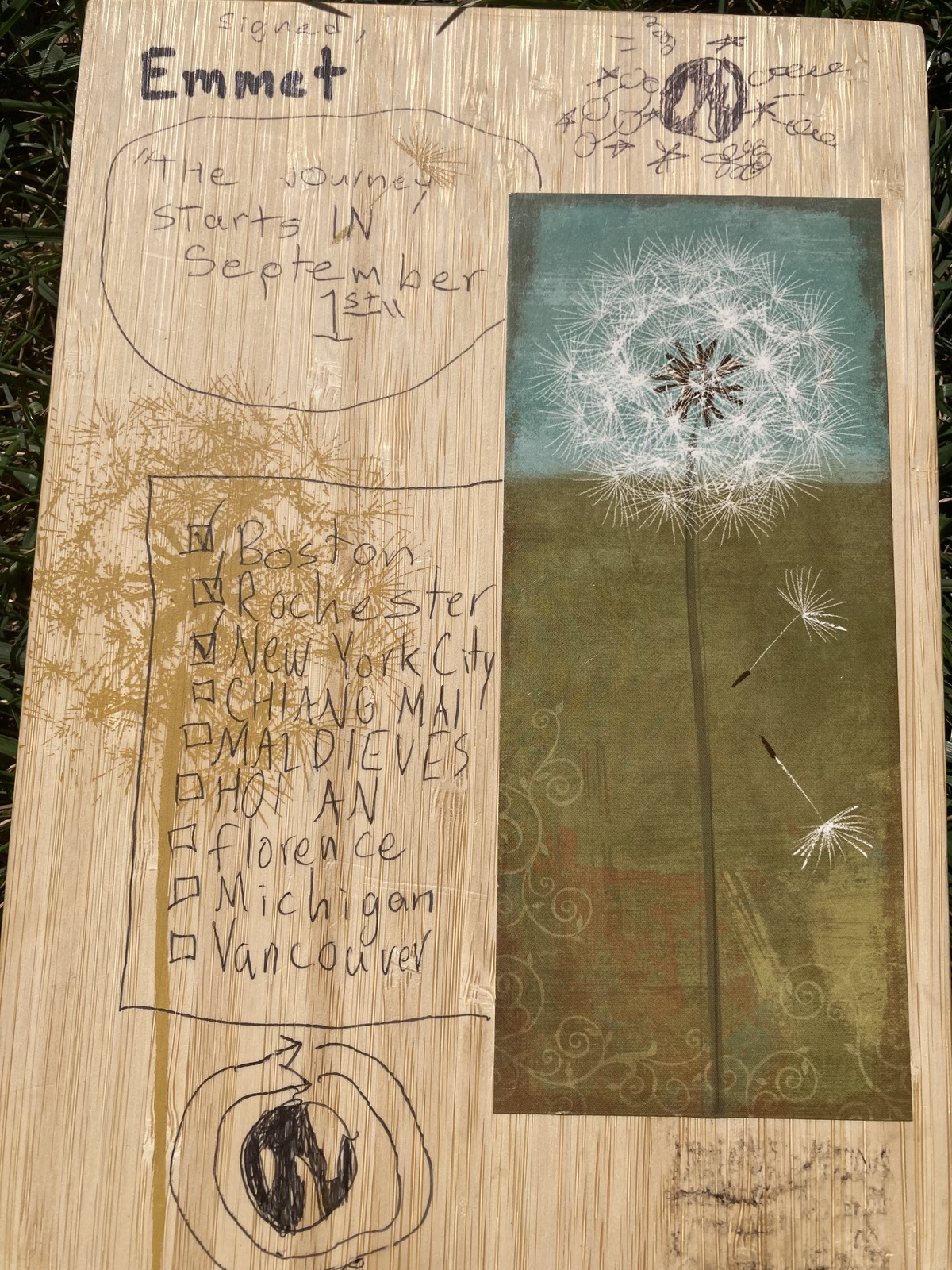 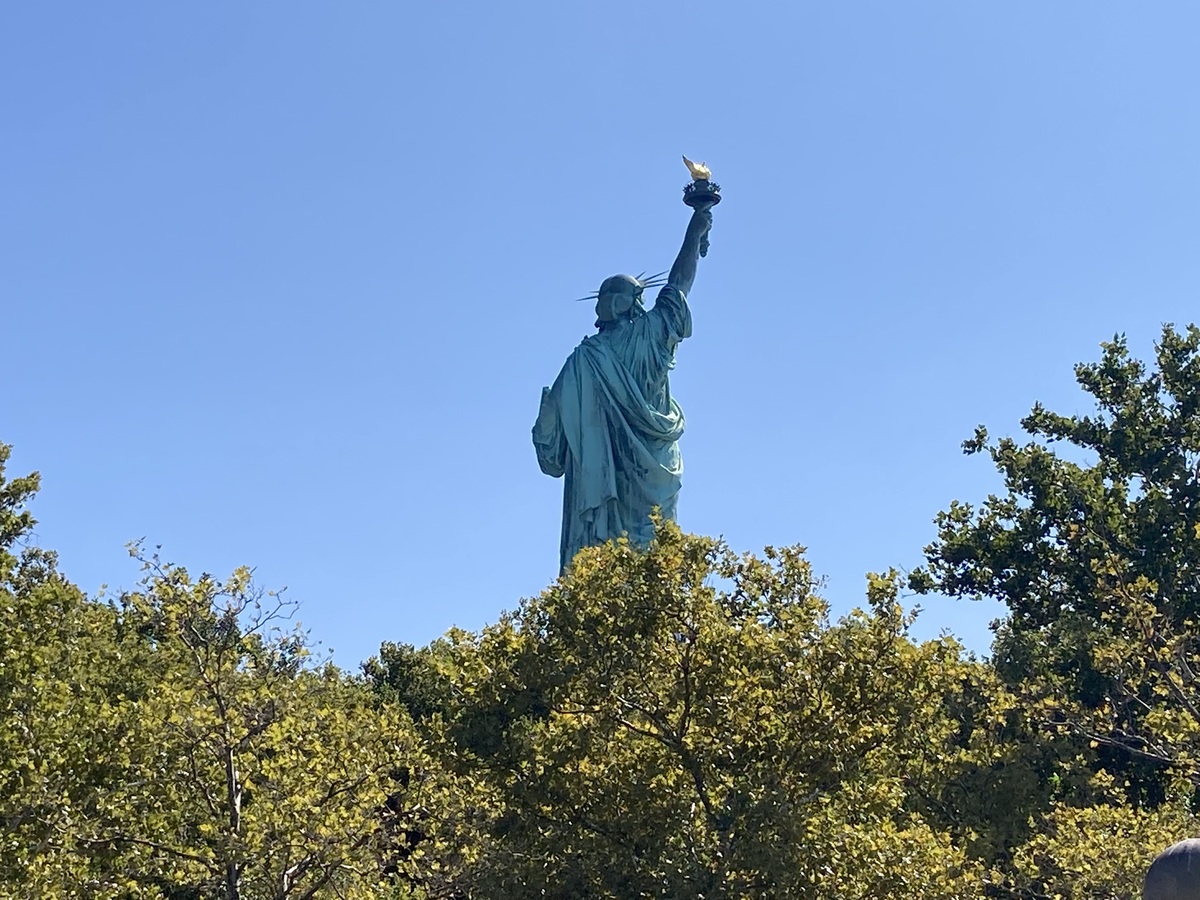 So far my favourite place we have gone to was in Boston because I loved all the bricks because it looked so cool and red and old. After all, Boston is so old. Here is a picture I took in Boston. 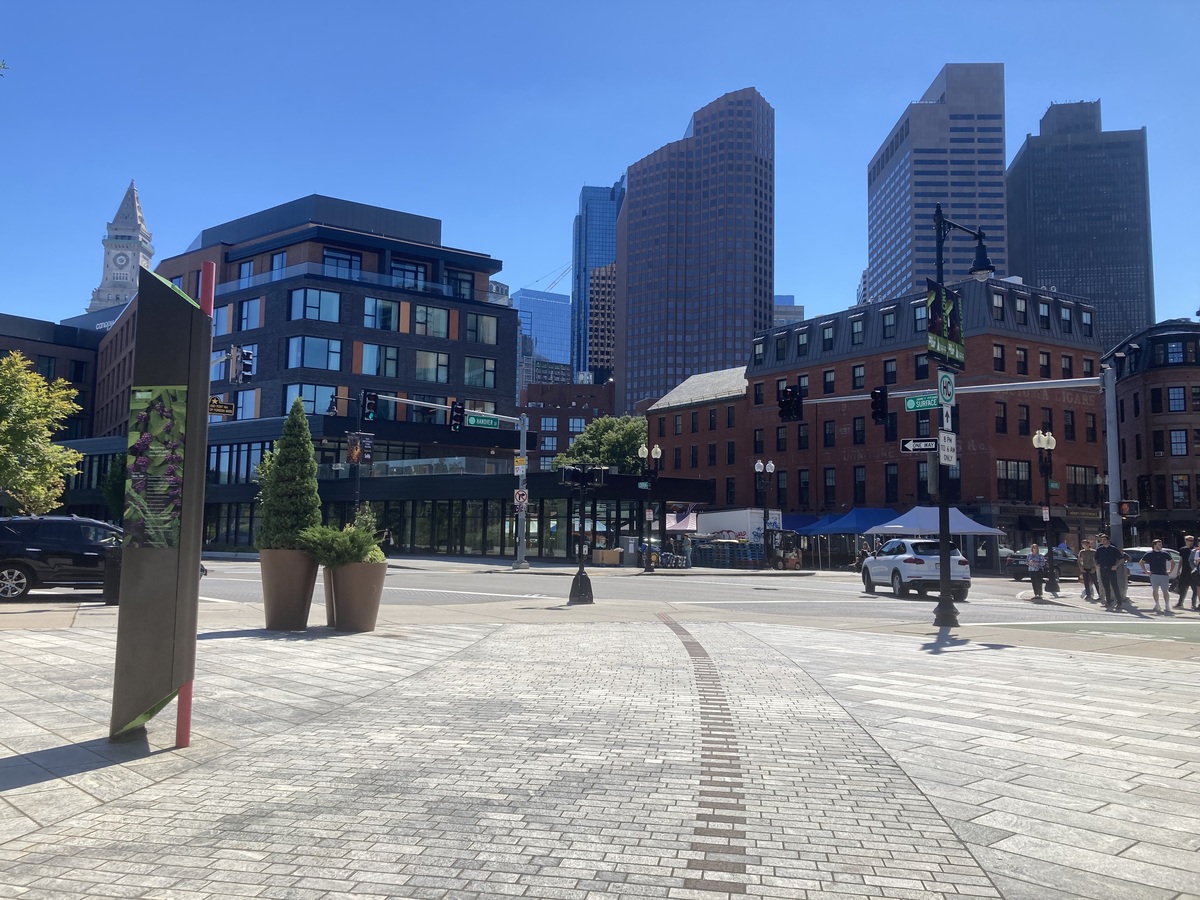 Soon, we will visit Times Square at night!!

P.S. we leave for Chiang Mai on Sunday!!!

I have decided to keep track of every single book I read during this trip on this page. This list will keep growing as the trip goes on. Feel free to read the books I have on here, and suggest other books for me to read in the comment thread below! The asterisks next to the books are the ones that I really enjoyed.

We just moved locations after what was a whirlwind of sightseeing and friends in Boston. So much love and appreciation for Mandie and her family who were such incredible hosts. Laughter, interrogation of the flawed retelling of the Salem Witch Trials, hot tubs, retracing old Harvard haunts, Italian ices, new rituals of journaling and online schooling, lobster, the most delicious cookies I’ve ever eaten, generosity of friends, and appreciation of the sweet lives they have built for themselves.

We arrived last night in a funky Airbnb in Rochester to spend time with my brother, sister-in-law, and to meet my new (first!) nephew, Evan.

On this quiet morning, our first with low clouds and threatening thunderstorms, the muddy Eerie Canal pacing below, I watch my kids adapt to a new place. In Boston, we slept together in the same room. My youngest two kids were at each other’s throats. Yes, we stayed up way later than normal. Yes, we pushed them outside of routine and its comfort. Yes, it was the first stop on our journey, with so much uncertainty about what is to come. But it was not pretty and we were not at our best.

At this Airbnb, Emmet has been ‘gifted’ his own room. It was incredible to witness the change of character that emerged. He laid out his pens in the rainbow order of choice and intently dove into his creativity and calm in a way that felt right to him. 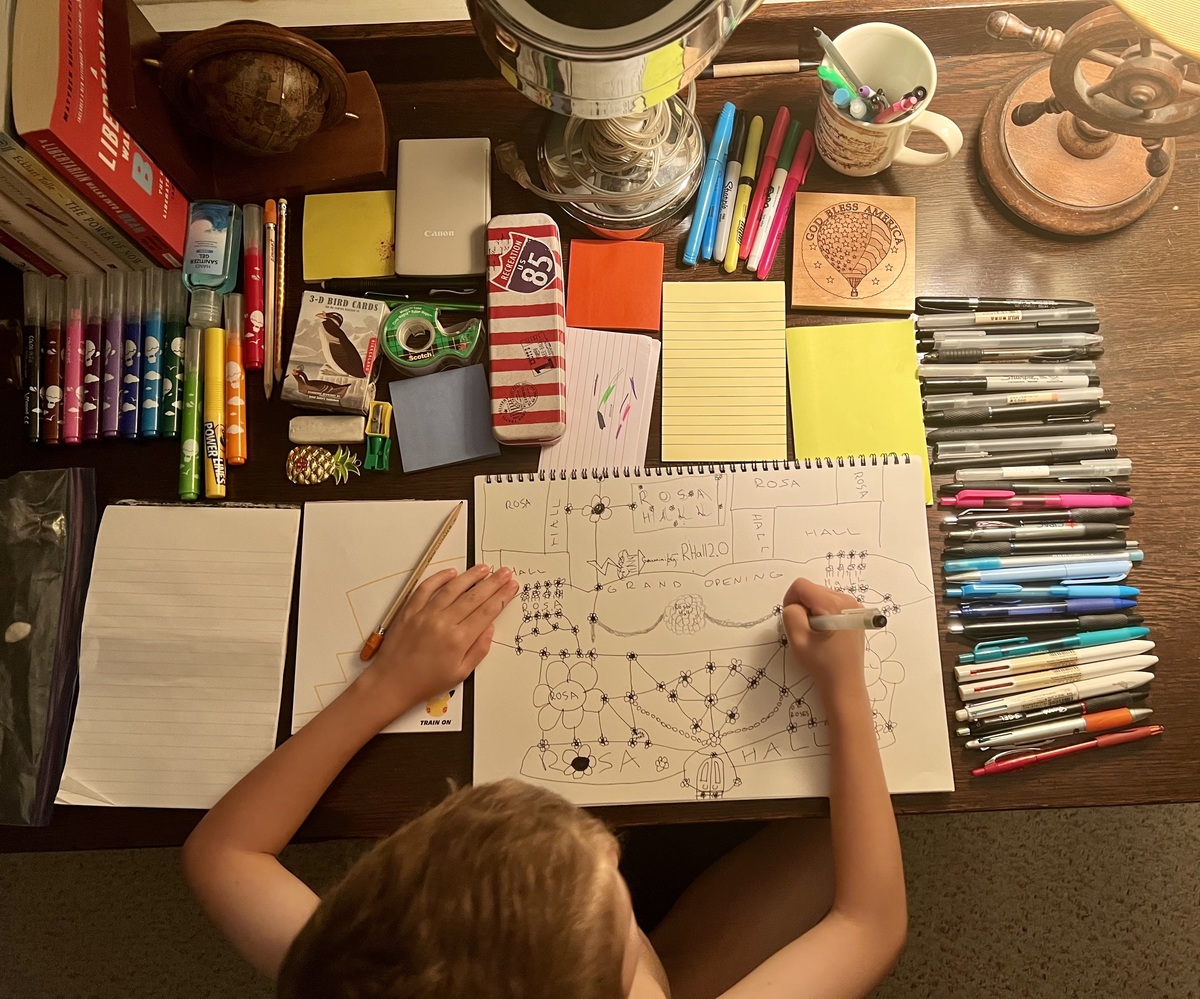 It makes me wonder how we are going to create the space for each of us on this trip. It is clearly something I have wrestled with myself over the years. What do I need to do to cultivate a sense of wholeness – that ineffable balance between grounded and expansive? Is the quiet of the mornings sufficient? How will we do that on this trip for each of us? How can this exploration be part of our collective journey so that each of us can better learn ourselves and our needs – both together and alone?

As Asa wisely offered, we are in the appetizer of our trip. None of us quite believe this is real and that this traveling thing is here to stay. 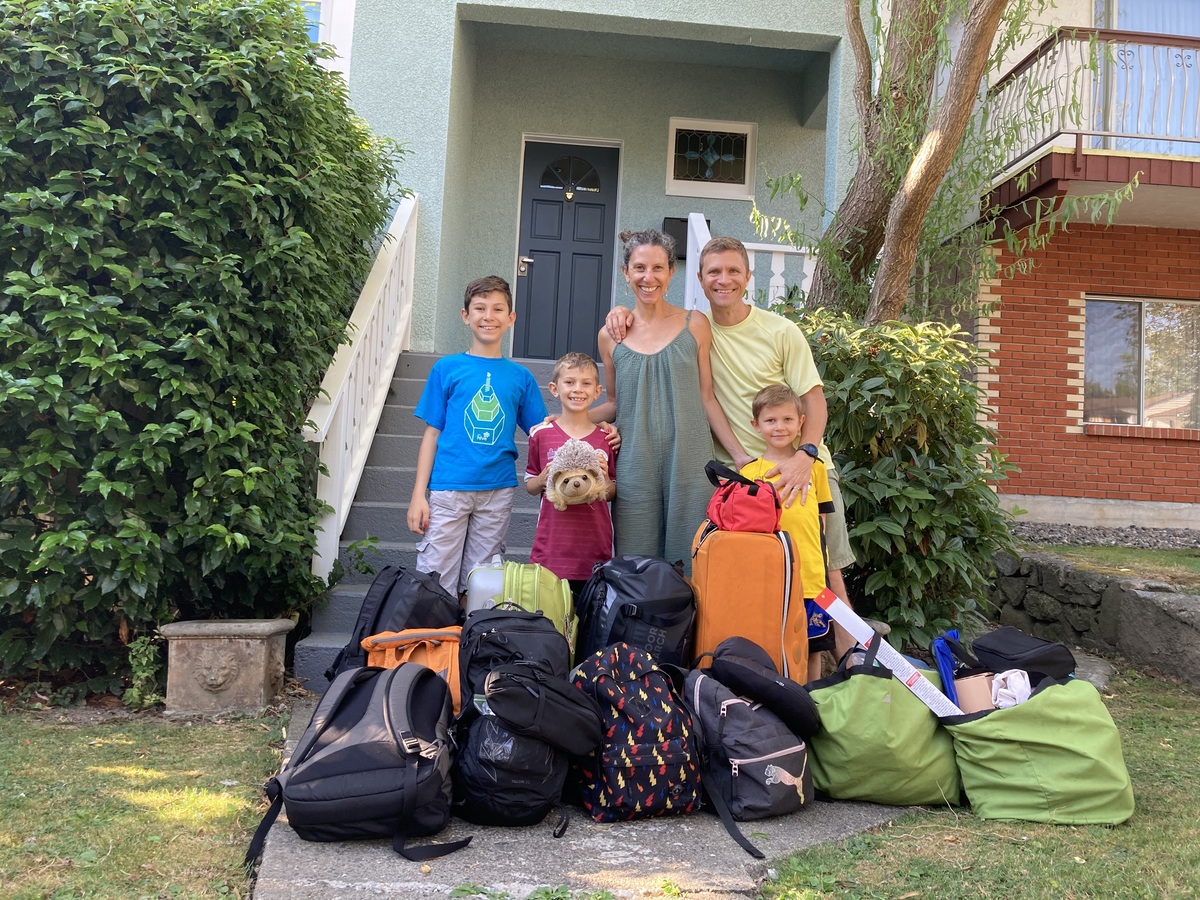 We began what actually felt like a detox from the grind of leaving our house and to-do lists on Orcas Island, where we were able to hang with Chris’ mom, brother and sister-in-law. It truly felt like an in between space. Wasn’t this just a regular Orcas trip? S'mores, agate finding, cousin hangouts, lake swims. And yet, my vivid dreams. Wild, in-color dreams, that told a different story of processing. With specks of lifting fog. 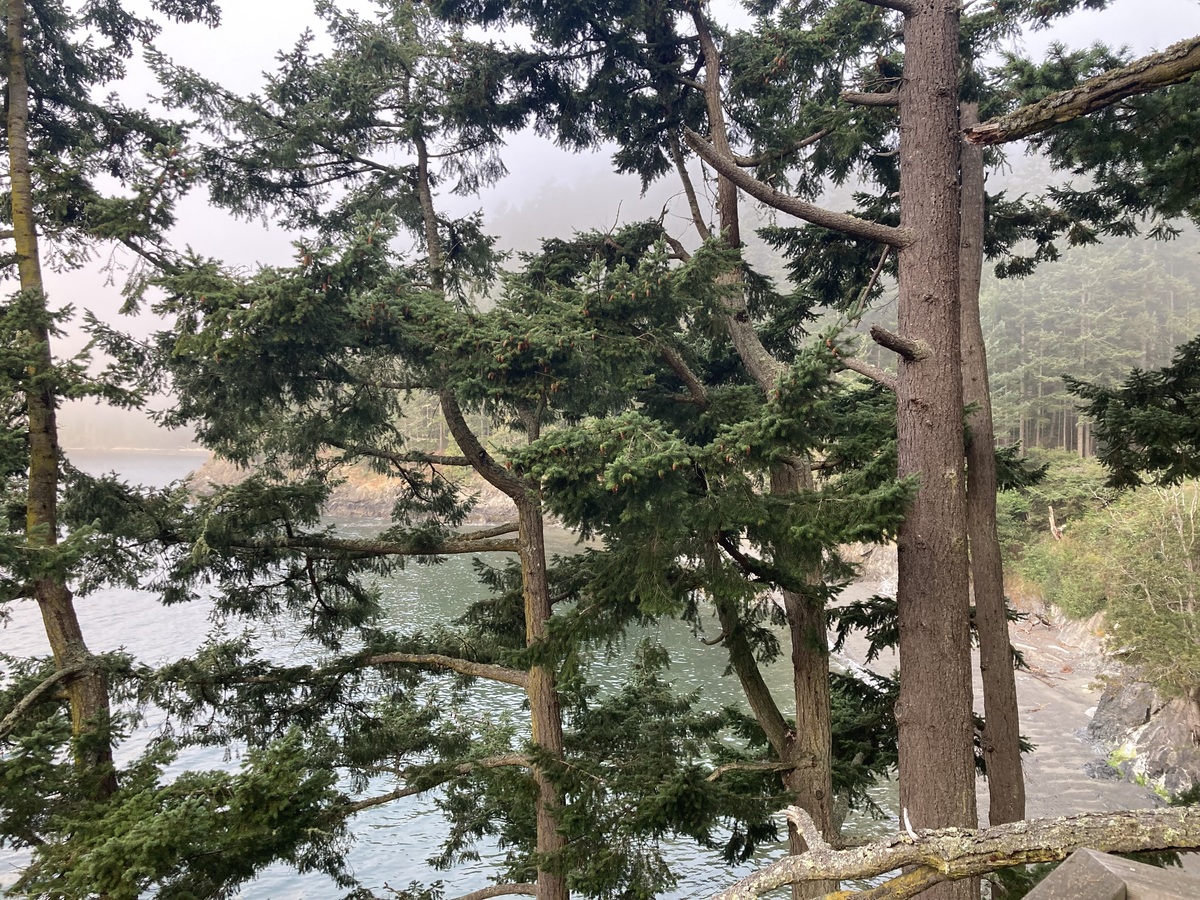 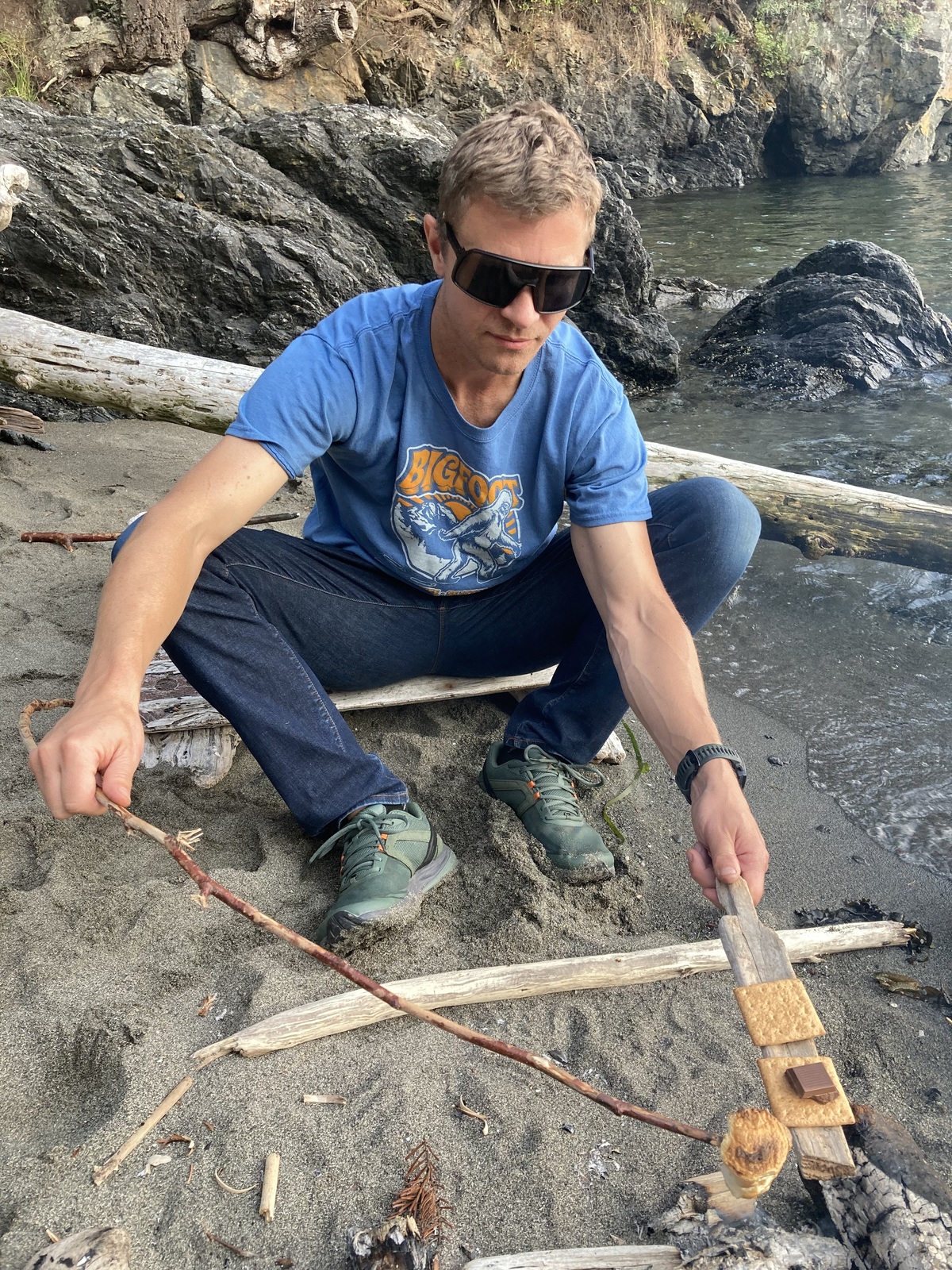 We then returned to Vancouver to cross the final t’s and dot the final i’s. That included meeting our incredible house renters (strange to walk into your house filled with strangers who have moved your furniture around!) and conducting a final kids’ height measurement to chart how much they will grow on our trip! A final goodbye to my parents and Yoni + Robbie - our friends/neighbors/business partner who provided the sweetest grounding from which launch this trip. 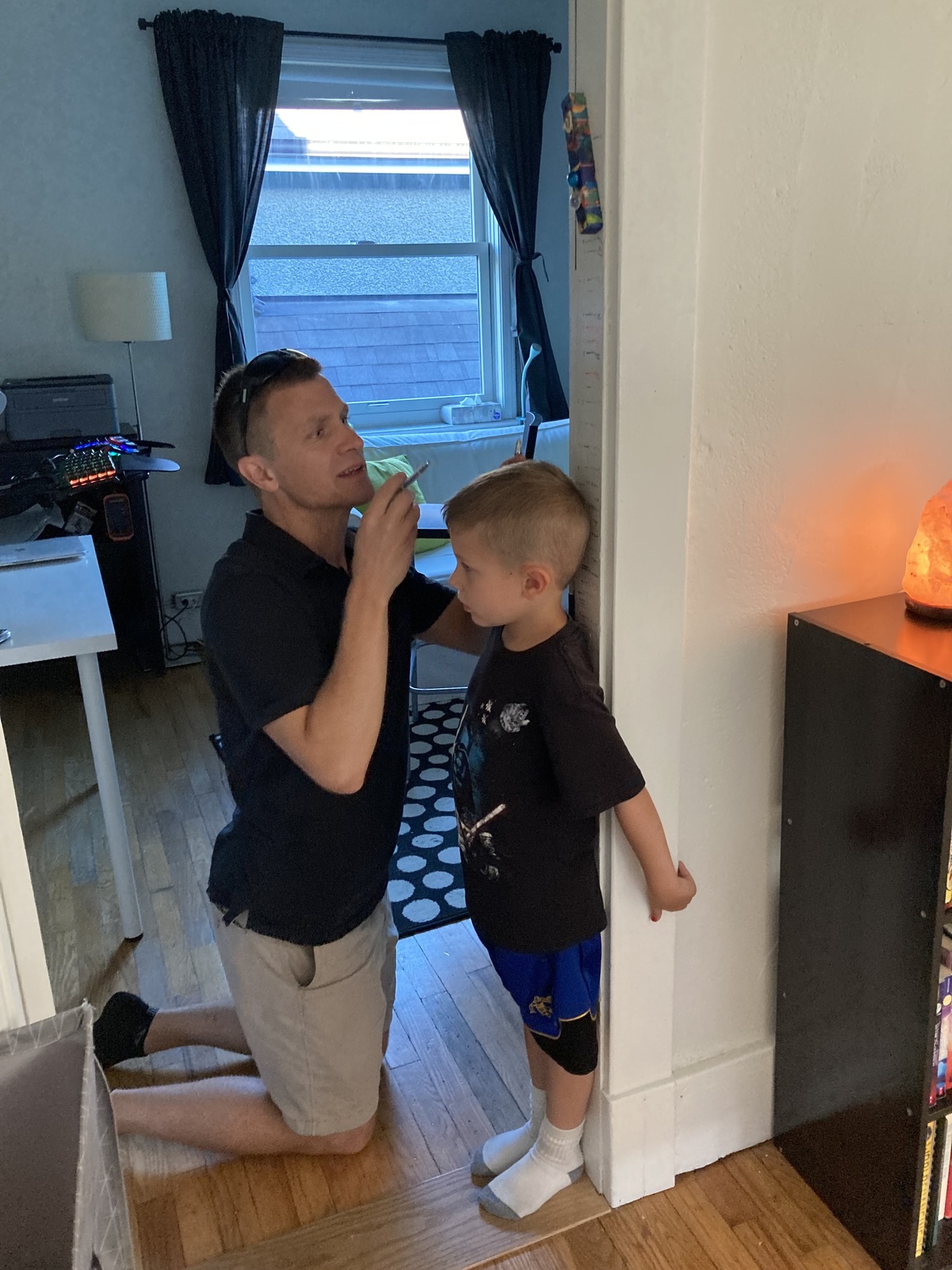 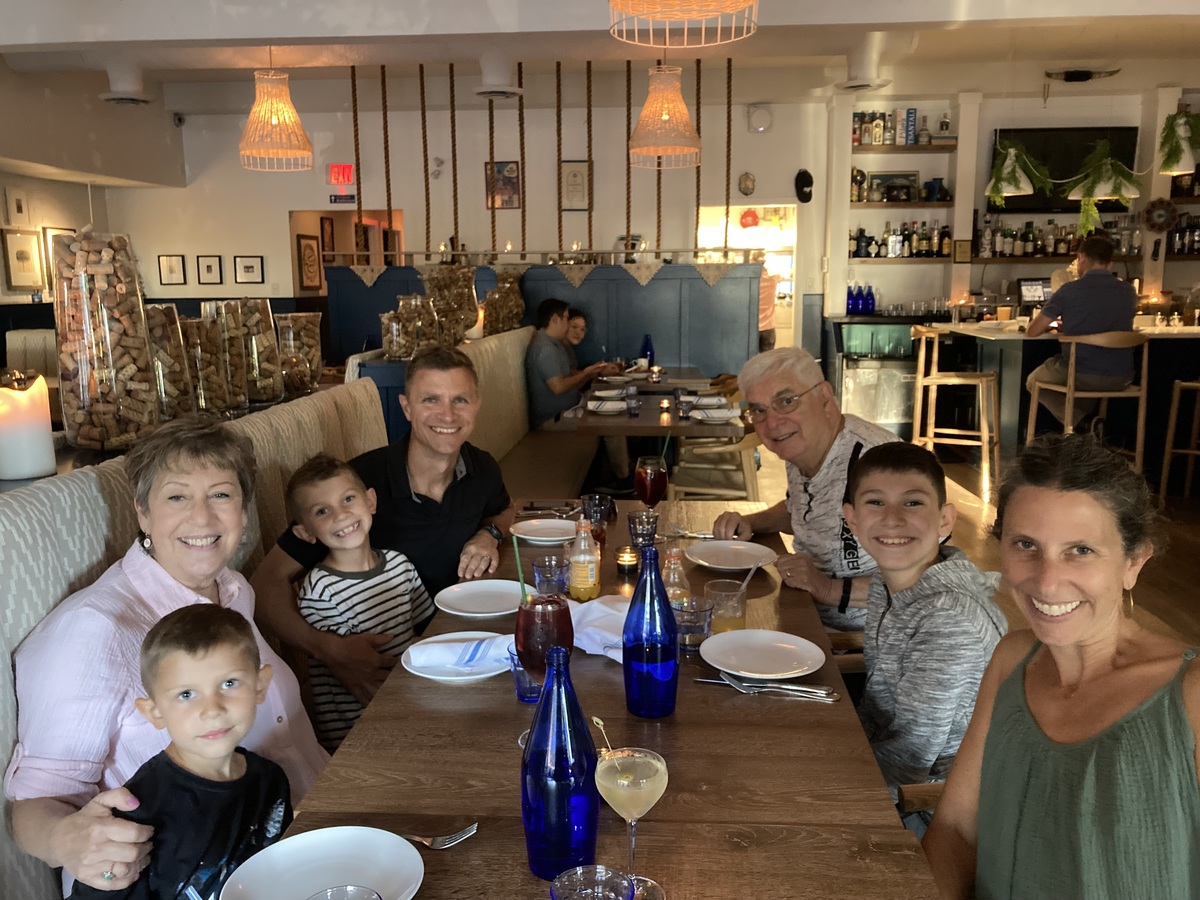 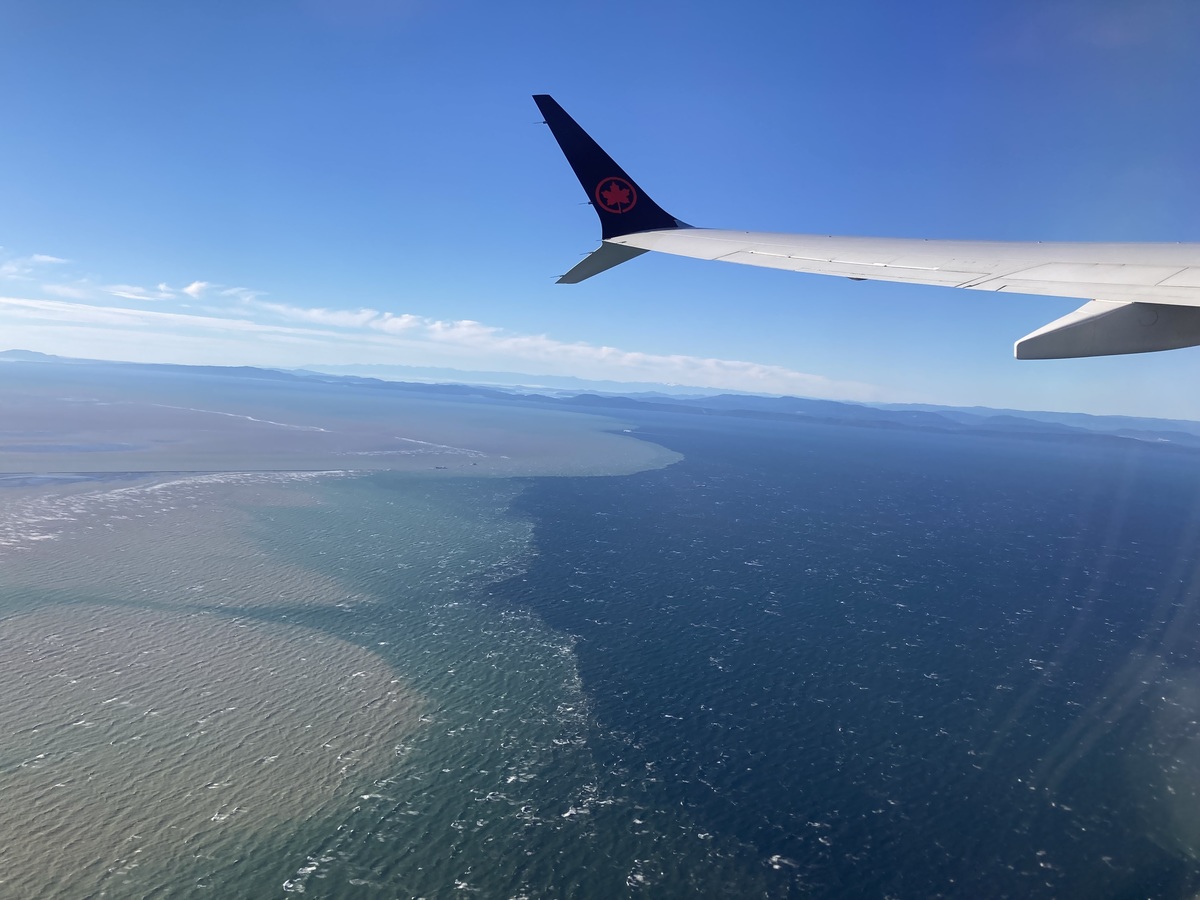 We arrived in Boston after a day of travel and are currently staying with my high school friend, Mandie, and her awesome family. Old friends are truly the best. At this stage of my life, I find myself appreciating the depth and textures and histories of long-held friendships in a new way and appreciating their rarity. Even after a decade of absence.

Yesterday was our first real day of travels and we opted to walk around Boston. Despite living in Cambridge for two years, almost nothing felt familiar. We ate deliciously greasy pizza, followed the red brick freedom trail, and paved the trek with gelato and Italian ices. We launched into day one of family journal writing while watching the ducks in Boston Commons. It was fun and clumsy. Like we were getting our sea legs or land legs or whatever kinds of legs allow you a rhythm of being together and traveling. There was giddiness, there was exhaustion, there was whining, there was laughter, there was competition over who got the largest dessert. 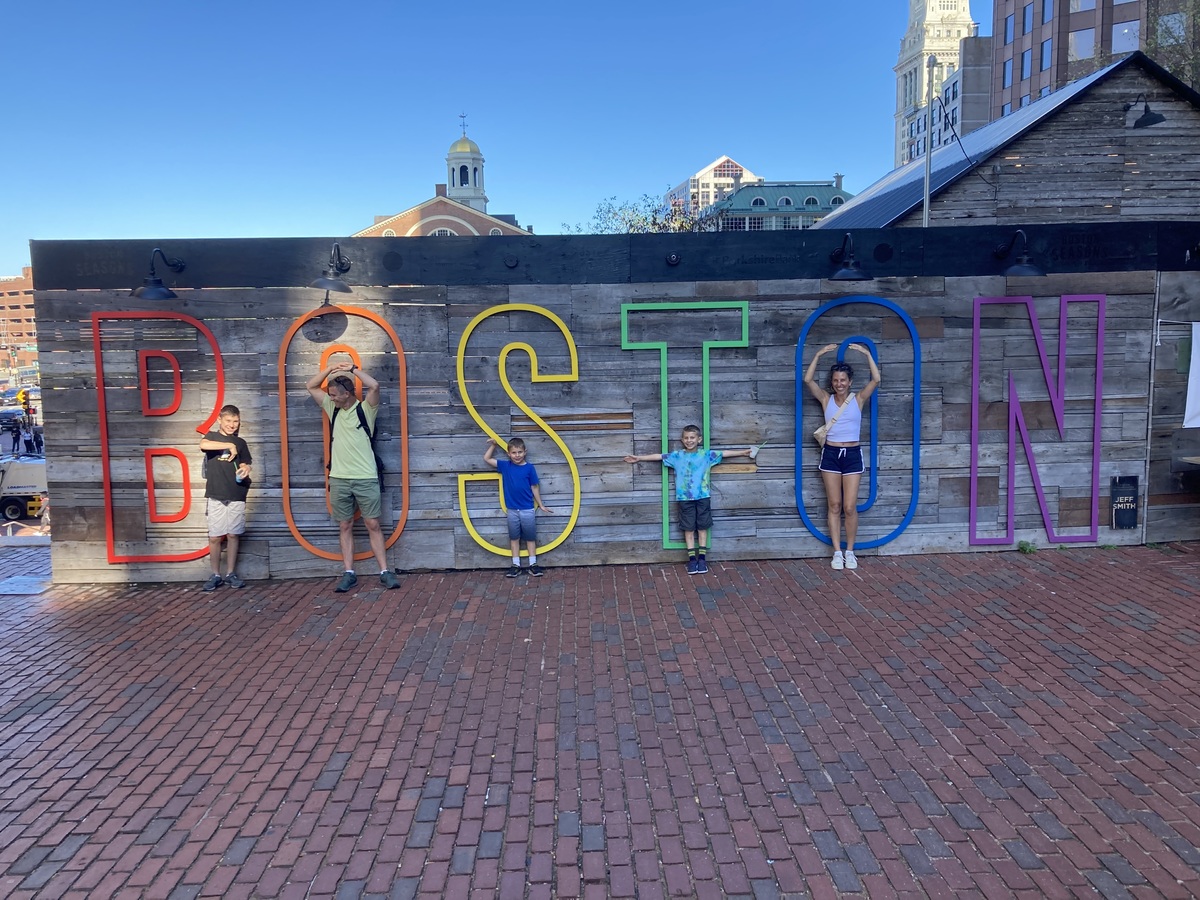 And the reality is there are still the to-do’s. Trying to figure out this new online school system and finish up taxes. We are unsettled and still and on-the-move and that’s ok. It’s the appetizer of the story.

You might be wondering why we have made such an enormous, possibly risky, and decidedly untraditional decision. It started with a seed planted in 2006 (yes, we’re old). Chris and I cuddled by the fire in our awesome San Francisco apartment, lulled into romance by the melodic MUNI rumbling in the background, and made a choice that changed our lives forever – to live and work in Mumbai, India. Intellectually this felt like the most illogical decision we could have possibly made. We had been nursing an on again-off again relationship for years, had re-found each other living in the same geography, finally had what seemed like a perfectly urban and love-filled life, and then decided to throw it all away for an adventure that we knew would challenge every part of us. As it turned out, the next two years of our lives were ground-breaking – for our relationship, for our careers, and for each of us as people. And we swore during that time that we would take this risk again if kids came into the picture, to go against the flow of what feels ‘normal’ or what one should do, and instead step out (as fearlessly as possible) into the great unknown.

If I sit down and really try to draw out why we are doing this, here’s what I’ve got. It’s raw and vulnerable, and in sharing this, it’s very unlike me. But it’s all part of the adventure, right?

Some facts, if you are curious, of how we are doing this:

Sign up to our blog if you are interested in following our adventures. (Just remember to confirm your subscription when it sends you an email right after, or else you won't get the updates.) We have all sorts of grand ideas of regularly writing and posting pictures, but who knows what will actually happen (project manager…shhhhhhh!)!!???

And if you have contacts or have been to any of the places we are going, be in touch!

Sending you all love and adventure for the year ahead.