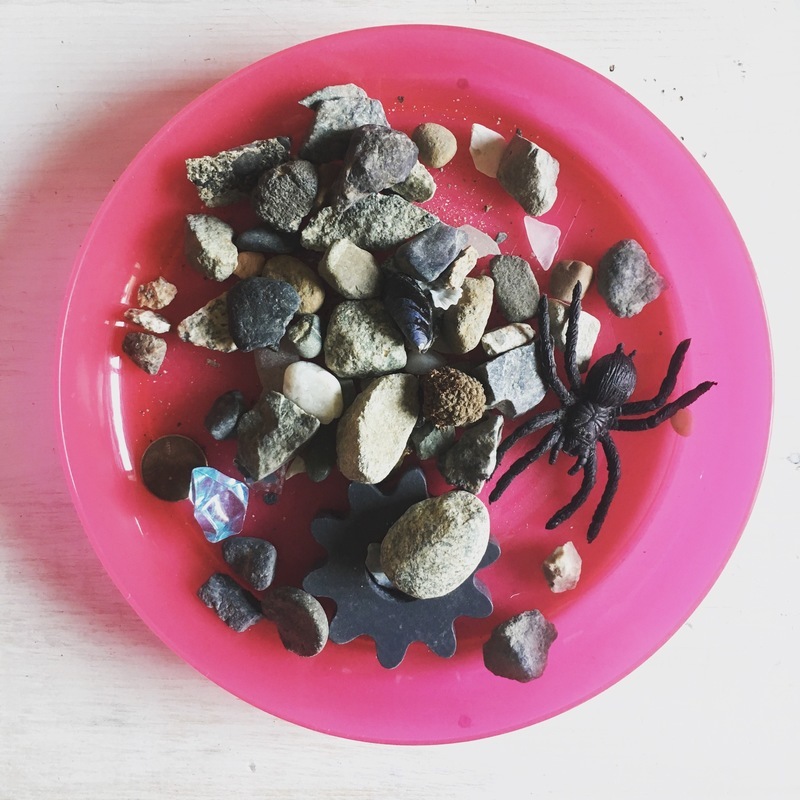 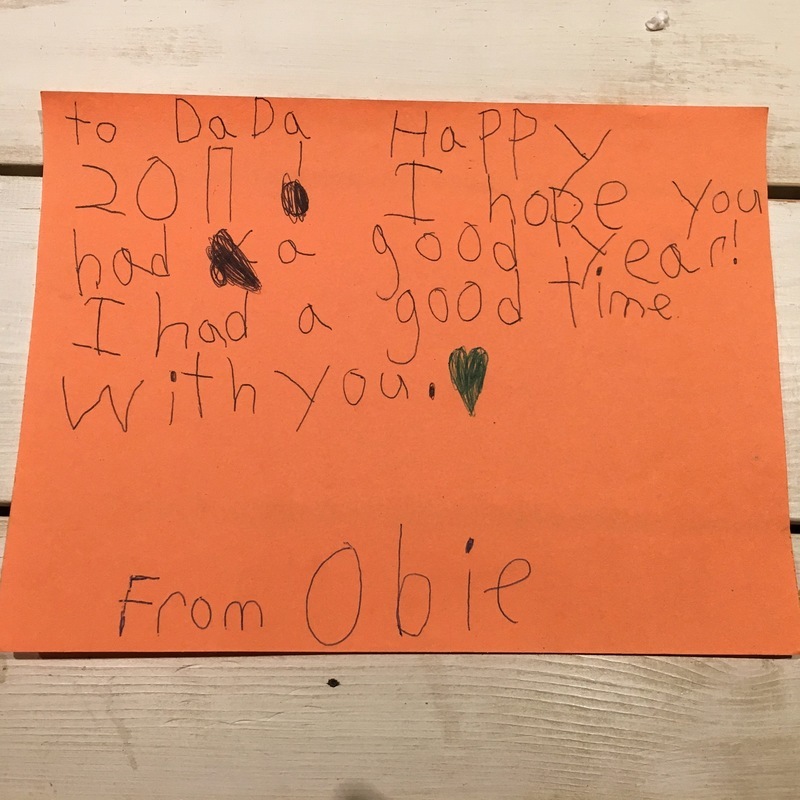 One day of snowboarding (first ever!), one day of skiing (second ever!). Two days of hot chocolate.

Preliminary verdict is that skiing is easier. Hopefully his palate will mature as he ages. 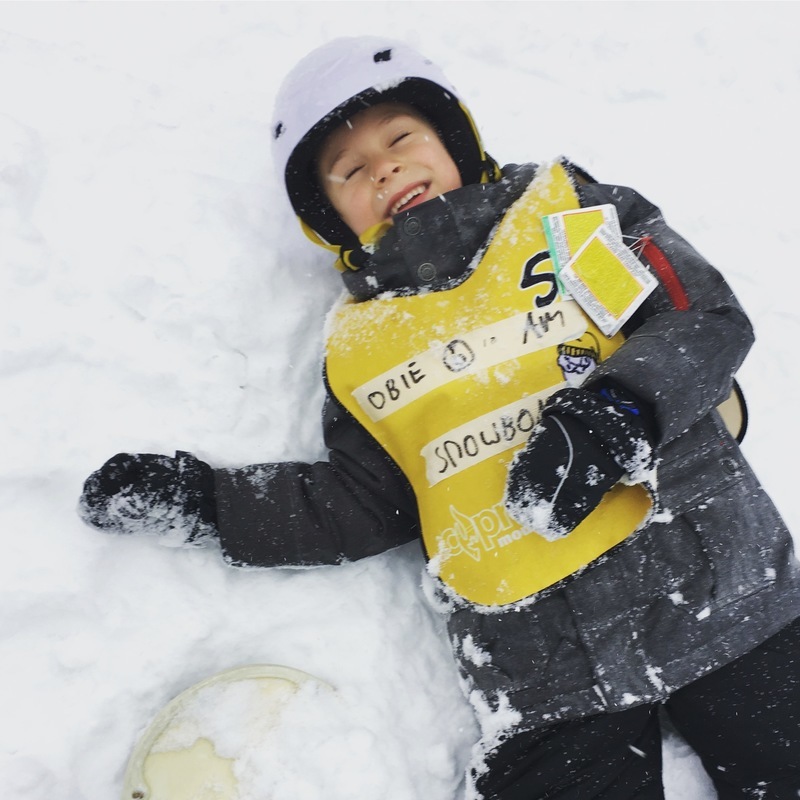 We finally got Asa's Nexus card in the mail, so we packed up the family for a windy & rainy weekend on Orcas! 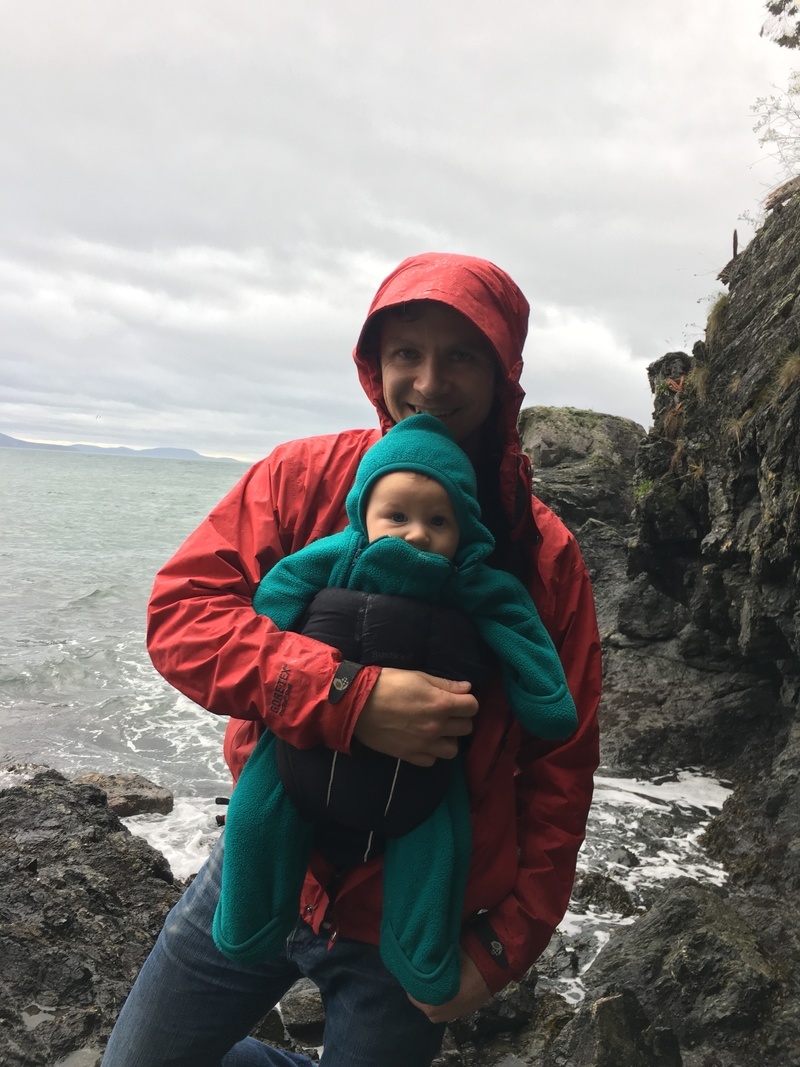 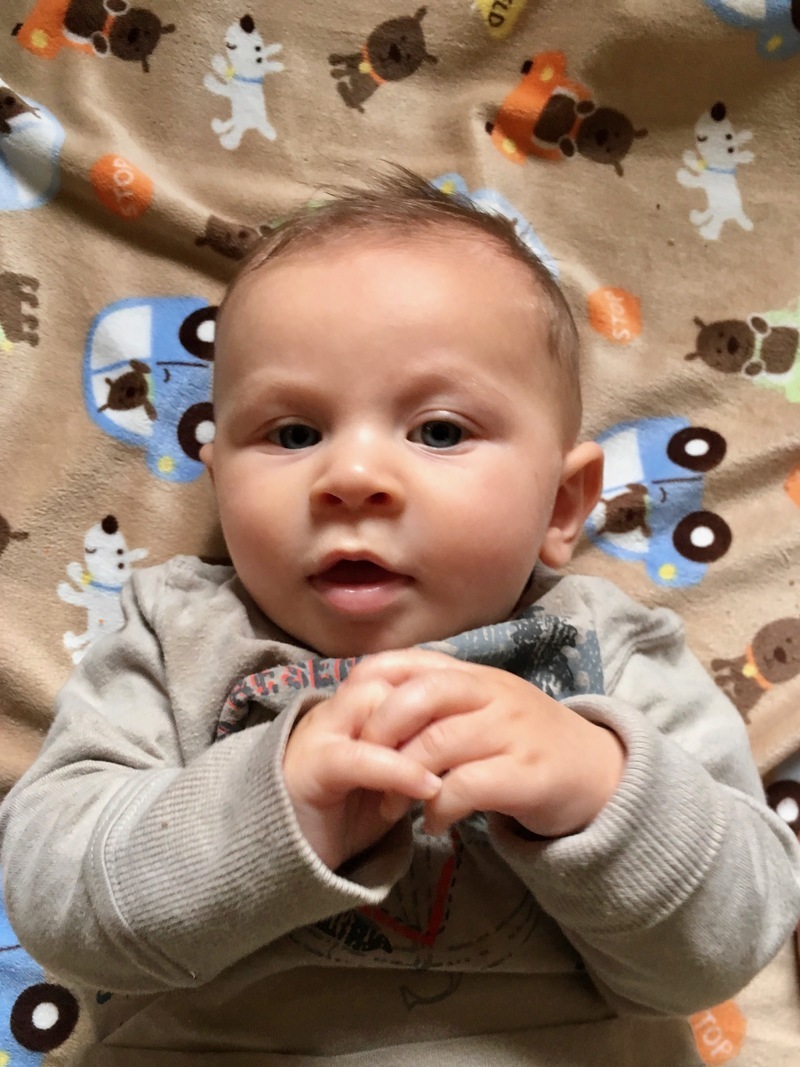 Look who's getting bigger! Asa is 4 months old now and is turning out to be Mr. Social with his brothers. 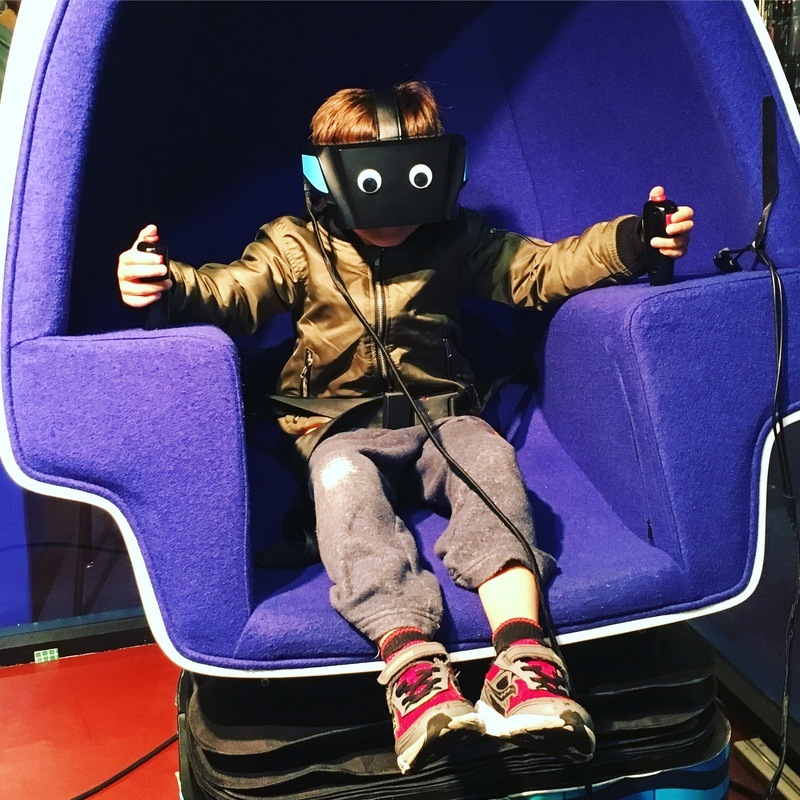 Obie got to try virtual reality. He lasted three minutes in a roller coaster simulator – he prefers regular reality! 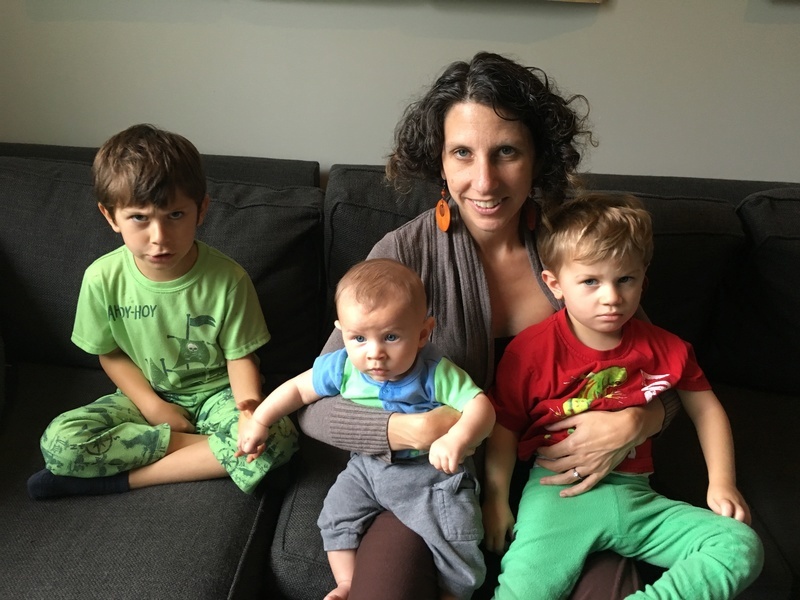 I told the kids to do a "mad face." Conveniently, Emmet was already doing a mad face. 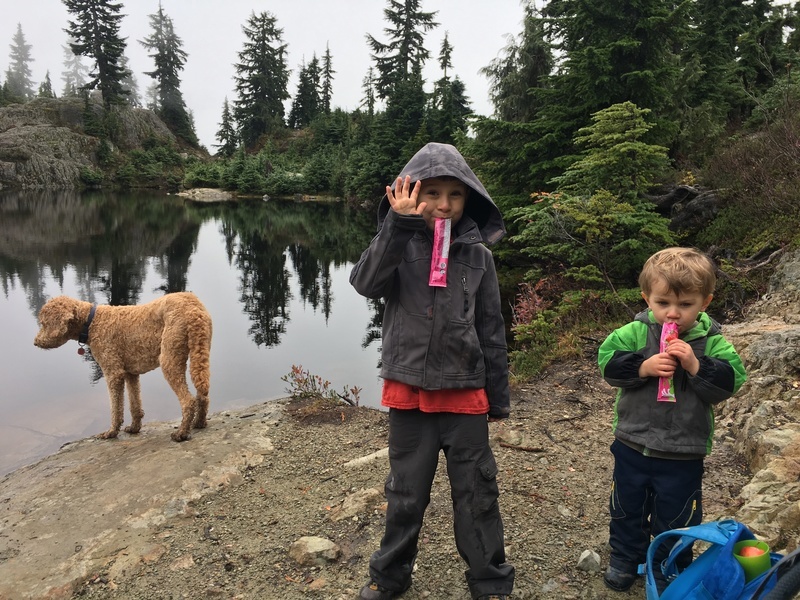 Obie, Emmet, and I (Chris) hiked up Mt. Seymour to Mystery Lake, where we ate snacks and drank hot chocolate. This was Emmet's first real hike and he was scrambling as fast as he could over the rocks and roots. 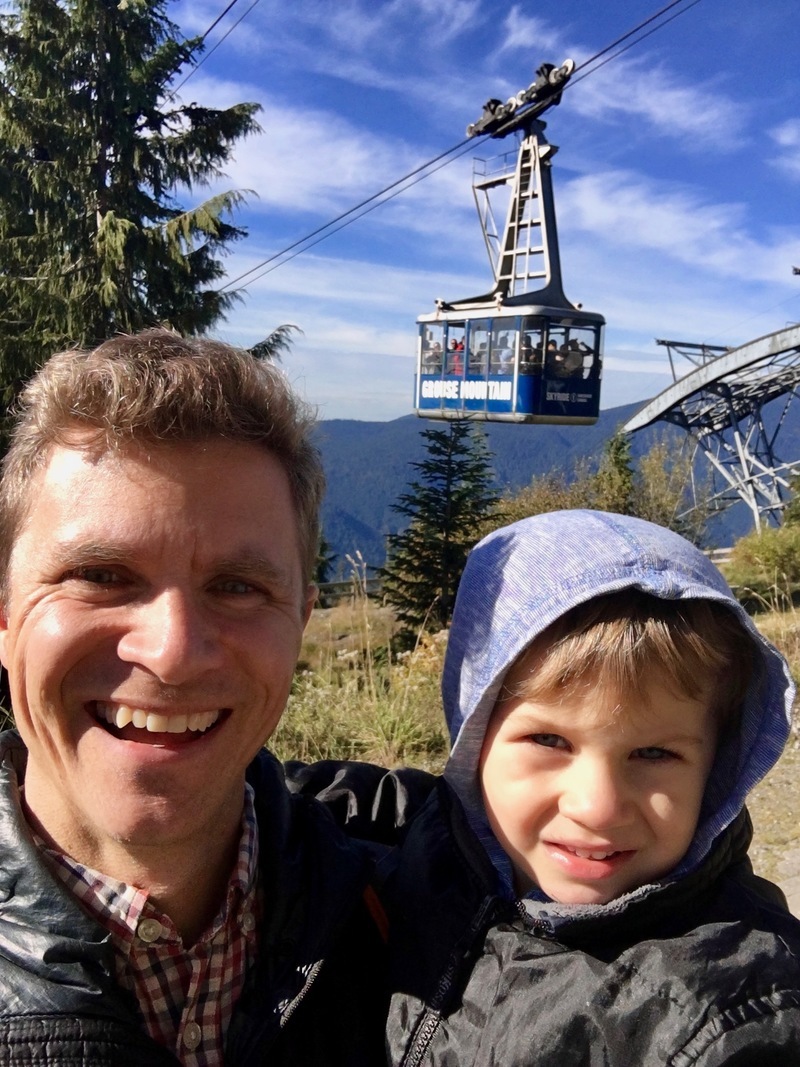 Emmet has been obsessed with the idea of Grouse Mountain after we took Obie there for summer camp. Finally on a day off from school, I took Emmet back there and he fulfilled his lifelong dream of riding the blue gondola. 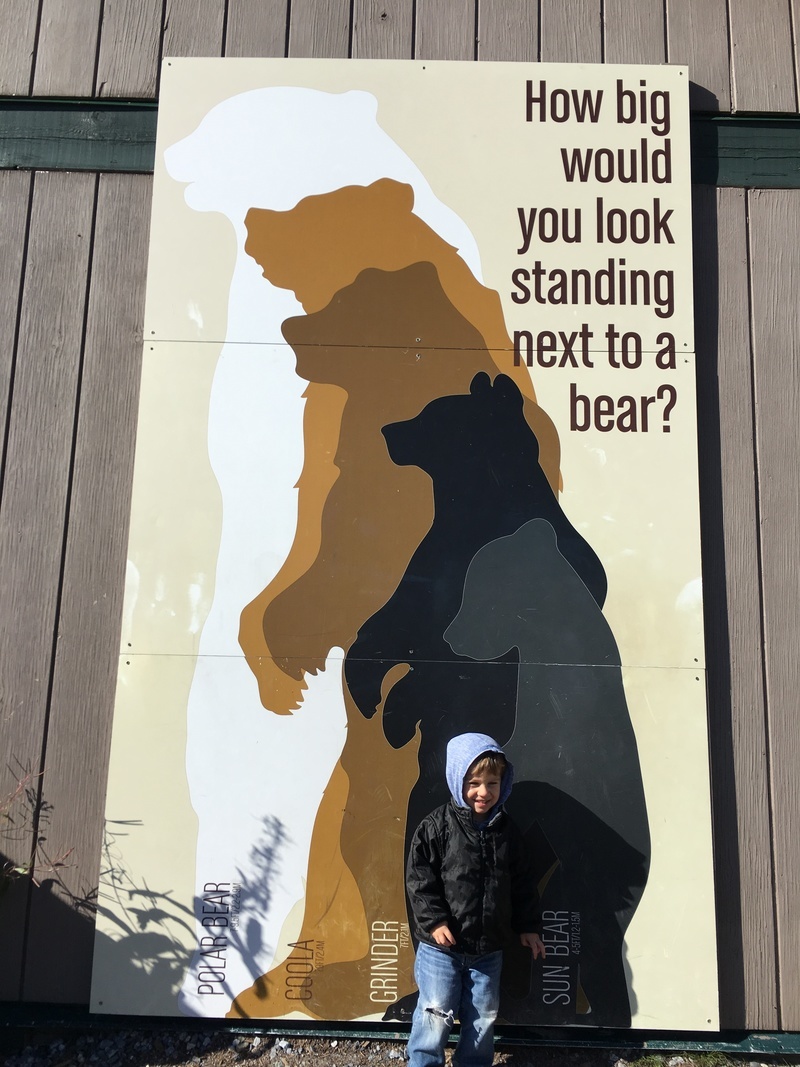 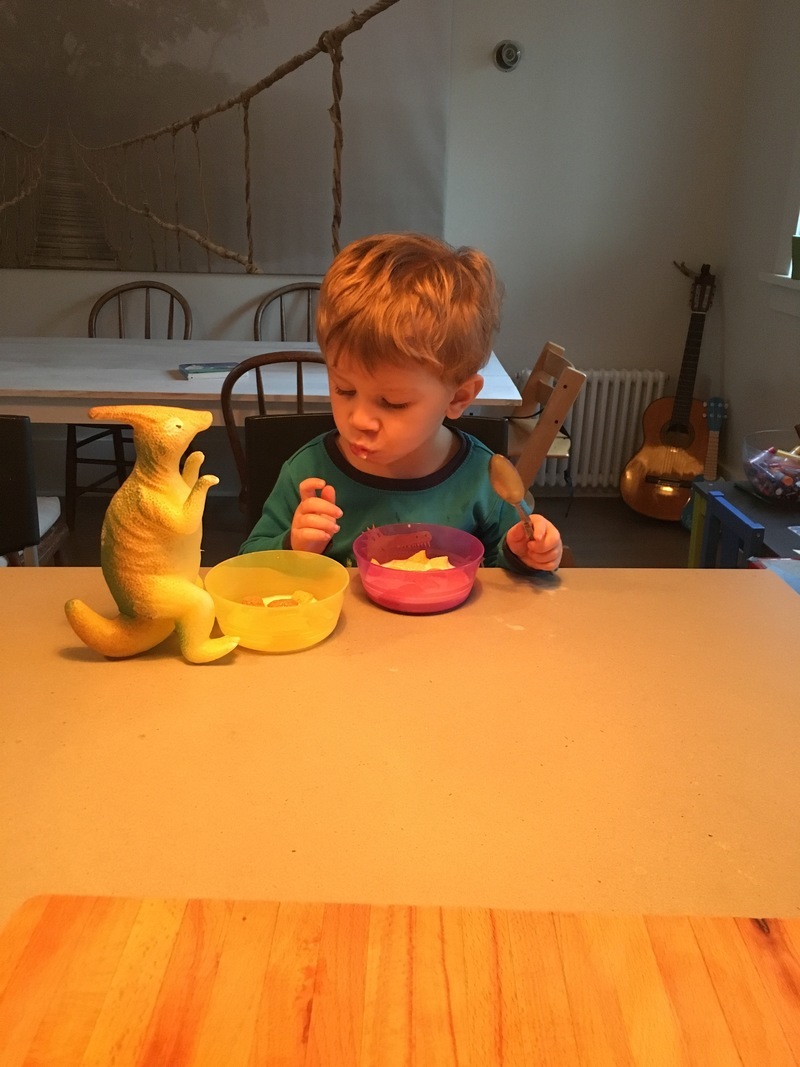 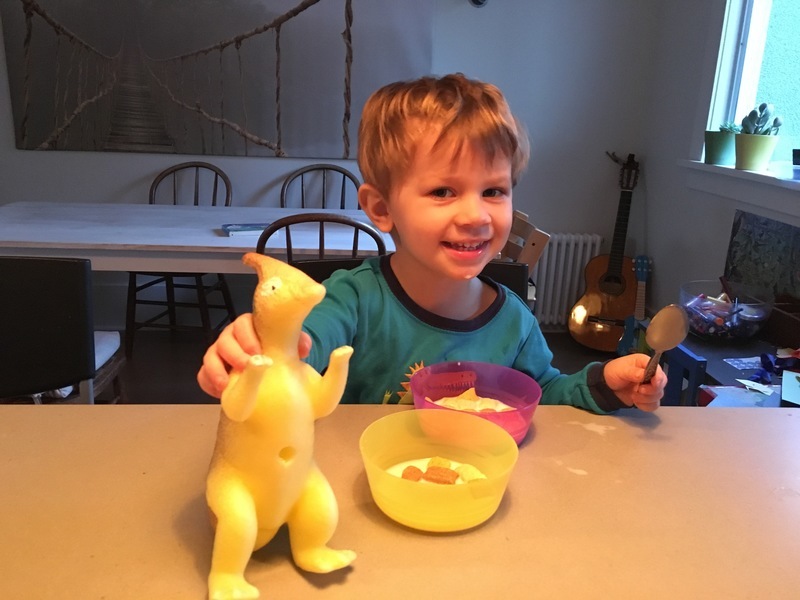 Obie got a grow-in-water dinosaur for his birthday. Emmet became very attached to it and named it, inexplicably, "Papyrus." Papyrus became a real part of the family and accompanied us everywhere...until he met an untimely end at the hands (jaws) of Tikka. Everyone was sad (except Tikka, who was remorseless), but we are left with many fond memories of Papyrus the dinosaur, who was taken too soon.